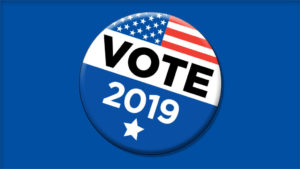 With less than a month to go before the Aug. 6 primary election, campaign finance reports from the Washington Public Disclosure Commission (PDC) continue to show City Councilmember Mike Nelson leading the fundraising pack of the four candidates, with $32,267, a slight increase over two weeks ago.

Mayoral candidate and City Councilmember Neil Tibbott reported contributions of $15,795, an increase from $13,570 in our last report. City of Edmonds Planner Brad Shipley reported $3,782 in his mayoral fundraising, up slightly from $3,280. Mayoral candidate and City Councilmember Kristiana Johnson has filed with the Public Disclosure Commission but shows no contributions or spending so far.

None of the City Council positions will appear on the primary election ballot.

In the race for Edmonds School Board of Directors positions, Jennifer Cail (District 3) reported $1,100 in contributions, up from zero two weeks ago, and Nancy Katims (District 5) saw an increase of $1,500, from $3,341 to $4,841. Reported contributions for Carin Chase (Position 1) remained at $155 while none of the other positions reported any fundraising so far. Director Positions 3 and 5 will appear before voters on the Aug. 6 primary ballot. Even though each position represents a specific district, they appear on the ballot for all voters.

Financials for the Edmonds Port Commission remained unchanged from our last report.

In the race for South County Fire & Rescue Board of Commissioners, which is only before voters living in unincorporated areas of South Snohomish County and in the City of Lynnwood, Nick Gullickson (District 2) was the only commission candidate to report any new fundraising, with $1,270 raised.

For a breakdown of the source of these contributions, click the “more details” link in the accompanying chart.

Note that not all those declaring for office have filed with the state Public Disclosure Commission. Those running for office in jurisdictions with fewer than 5,000 voters or who expect to raise less than $5000 still must file a person financial statement but are exempt from disclosing details of their campaign financing. These candidates will show zero in the various cells of the accompanying charts. For more information on this rule, check the New Candidates FAQ on the Public Disclosure Commission website:www.pdc.wa.gov/learn/new-candidates.