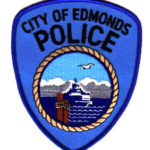 23700 block Highway 99: Two transients were trespassed from a business. Suspected narcotics were located on site.

9900 block Edmonds Way: A traffic stop of a suspicious vehicle resulted in citation and release of both occupants for driving offenses.

21900 block Highway 99: A man was removed from a local business for trespassing.

23600 block Highway 99: A warrant arrest led to a new charge of posession of a dangerous weapon.

23700 block 104th Avenue West: Police responded to a civil matter between a homeowner and a former tenant.

21300 block 80th Avenue West: A woman reported being the victim of a fraud.

250 5th Ave. N.: A passport left on a train was turned into police headquarters.

400 block Pine St. Someone entered the laundry room of an apartment building and pried open a dryer coin box to steal quarters.

23900 block Highway 99: Police responded to a complaint regarding ongoing trespassing.

600 block Giltner Lane: Tools were stolen from an open carport.

8600 block Olympic View Drive: Police responded to a report of possible fraud, with money from a fraudulent check deposited by an unknown person into the reporting party’s bank account, resulting in bank account being frozen.

23800 block Highway 99: An unknown woman pulled a man out of a vehicle and pushed him to the ground.

8410 block 240th Street Southwest: A driver was arrested for DUI.

21100 block 76th Avenue West: An intoxicated man was removed from a convenience store.

300 block 4th Avenue North: Police received a report of an assault that occured in Seattle.

10100 block Edmonds Way: A subject was booked for third-degree theft and possession of a dangerous weapon.

21900 block Highway 99: A man approximately 45 years old attempted to pass a counterfeit $20 bill at Dick’s Drive-In. The suspect was picked up in a black Ford Taurus. Partial plate #BKZ.

22500 block Highway 99: Police responded to a report of a suspicious older male subject with a yellow plastic sheet around his waist, surrounded by cases of beer. The man was trying to get back to Seattle. Police gave him shorts and the man went to the bus stop.

8100 block Lake Ballinger Way: A man involved in a single-vehicle collision was transported to Harborview for treatment. DUI charges were referred based on evidence of possible drug impairment.

400 block 5th Avenue South: A man and woman were threatened by a known subject.

7300 block 213th Place Southwest: Multiple subjects were causing a disturbance, but no one was willing to aide in prosecution.

21100 block 76th Avenue West: A man age 40 to 50 years old attempted to purchase two packs of cigarettes at 7-11 with a counterfeit $100 bill. Suspect left the bill on the counter and fled on foot when the clerk called police.

900 block Main Street: A man was reported to be prowling around the Wade James Theater Property. The subject was captured on surveillance video opening a gate, then folding up a tarp but leaving it. Subject had a bicycle, backpack, tool box and  large water jug.

250 5th Ave. N.: Firearms were turned into the police department for destruction.

23200 block Highway 99: A burglary occured in the second-floor apartment of a secured building. No signs of forced entry.

8200 block Lake Ballinger Way: A woman was assaulted while an order for protection was in place.