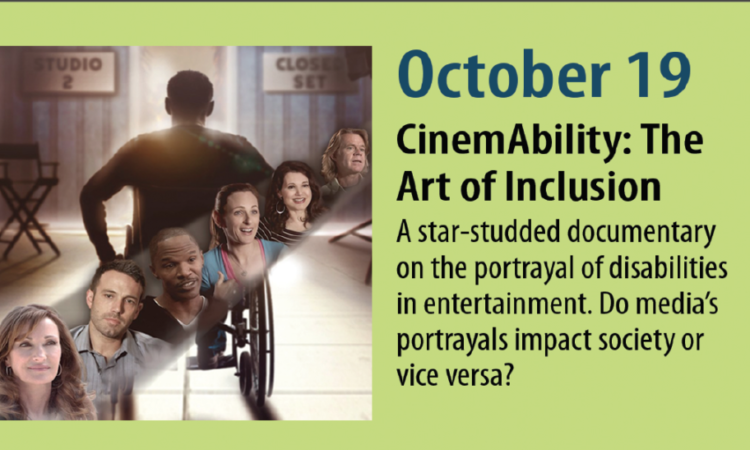 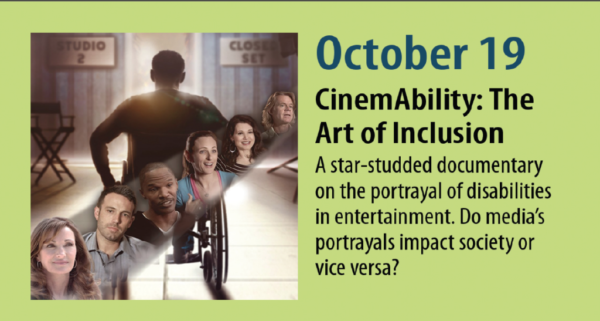 The Edmonds Diversity Film Series begins its third season at noon Saturday, Oct. 19 with a screening of CinemAbility: The Art of Inclusion at the Edmonds Theater.

All film screenings will be offered free to the public and are scheduled for the third Saturdays of the month, October through April (except December). Each screening presents a film, or films, related to different topics or groups representing diverse populations and experiences. After each screening there is a brief opportunity for comment and dialogue.

CinemAbility: The Art of Inclusion is a film about disabilities portrayed within the Hollywood movie industry, featuring such Hollywood heavyweights as Jamie Foxx, Jane Seymour, Ben Affleck and Geena Davis among others. Filmmaker Jenni Gold explores disability story lines in film, television and advertising to see if the media have helped societal inclusion for people with disabilities.

More detailed information about the film, including full synopses and movie trailer, is available at diversity.edmondswa.gov.  The Edmonds Theater, 415 Main Street, is an ADA-accessible facility.