It was a gala evening at Edmonds-Woodway High School as more than 200 teachers, coaches, past and present athletes, family and friends gathered Thursday evening in the Great Hall to honor the 32 new inductees to the Edmonds-Woodway High School Athletic Hall of Fame. Heading the list —  it’s about time — was Edmonds’ own iconic athlete, educator and community leader Frances Anderson.

The crowd began gathering at 6 p.m., as former teammates, friends and coaches met for the first time in decades. Amid hugs, smiles and even a few tears, the years seemed to melt away as they shared and reminisced about past victories, defeats, and the many shared joys of high school athletics.

The event kicked off with a welcome from current EWHS Athletic Director Angie McGuire, who explained the goal of the Hall of Fame in recognizing athletes from the former Edmonds and Woodway High Schools, plus the current Edmonds-Woodway High School.

“When the schools were merged, there was no Athletic Hall of Fame,” McGuire said. “We started it in 2015 to re-create and honor the history of athletics at our schools. So even if this building isn’t your alma mater, it’s your school. Welcome home!”

McGuire then turned the program over to Bill Hull, 1981 Edmonds High School grad and member of the Hall of Fame selection committee, to introduce this year’s honorees, as follows: 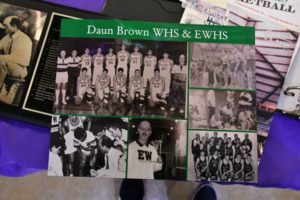 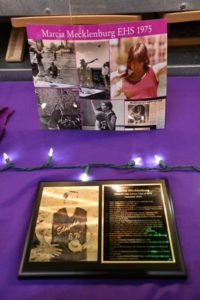 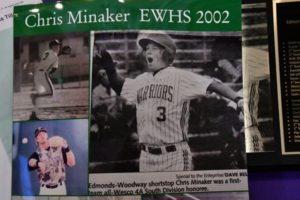 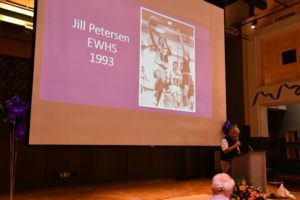 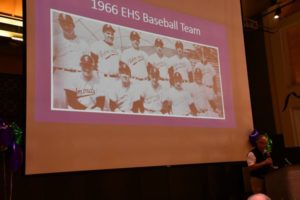 Angie McGuire ended the event by congratulating all the honorees and thanking the attendees for their support.