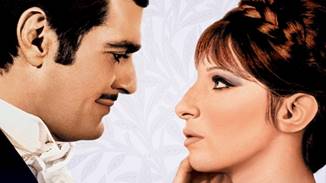 One of the most popular movie musicals ever made, Funny Girl follows the early career of stage comedienne Fanny Brice, a role that earned Barbra Streisand the 1968 Academy Award for Best Actress. Co-starring Omar Sharif, the film features memorable songs including “Don’t Rain on My Parade” and the Streisand classic, “People.”

Tickets to Funny Girl are $20 and include admission to the film and Cabaret happy hour. (Film only: $10.) Purchase online at www.ec4arts.org, or through the ECA Box Office at 425-275-9595 or 410 4th Ave. N. Cheese/fruit plates available for purchase, with no-host bar.