November! The chill is in the air. Time for sweaters, mittens and cozy boots. And to make your lists!

Our annual Holiday catalog will be out in the middle of November; in the meantime, here are a few ideas to get you started:

All recently published and staff recommended 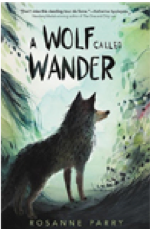 A few of the things going on this month at Edmonds Bookshop: 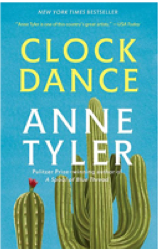 A charming novel of self-discovery and second chances from the Pulitzer Prize-winning author. 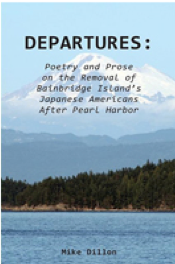 We welcome Mike Dillon, author of “Departures: Poetry and Prose on the Removal of Bainbridge Island’s Japanese Americans After Pearl Harbor.”

“Departures” opens on the eve of Pearl Harbor and ends at the present-day Bainbridge Island Japanese American Exclusion Memorial.

“I’m surprised at how many alert, well-educated people know little or nothing about this shameful episode in American history,” Dillon said. “Given the current political environment, I felt it was important to revisit the matter and offer fresh angles on what happened.”

Come to downtown Edmonds for First Dibs!  A holiday open house offering a first look at all the festive new merchandise before the holiday rush really gets started.

The town gets decked out and each store will feature something special for just one night! A special discount or a gift with purchase or a unique experience. It is always a great evening! 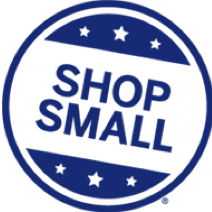 Saturday, Nov. 30, 2019. Small Business Saturday. 9 a.m.-5 p.m. Come one come all! Be a part of the 10th annual holiday shopping tradition that brings together communities in support of their favorite small businesses: like Edmonds Bookshop!

“The Body: A Guide for Occupants” by Bill Bryson.

“A Pilgrimage to Eternity: From Canterbury to Rome in Search of a Faith” by Timothy Egan. Staff recommended!

“Running with Sherman: The Donkey with the Heart of a Hero” by Christopher McDougall.

“Unsheltered: A Novel” by Barbara Kingsolver. Now in paperback.

“Janis: Her Life and Music” by Holly George-Warren. This excellent biography paints a complex portrait of singer Janis Joplin.

“ Life Undercover: Coming of Age in the CIA” by Amaryllis Fox.

“Wild Game: My Mother, Her Lover, and Me” by Adrienne Brodeur.

Some books of note being released in November:

“The Starless Sea” by Erin Morgenstern. This new fantasy epic is a puzzlebox of a book, full of meta-narratives and small folkloric tales that will delight readers. Zachary is a grad student who stumbles on a mysterious book in his library. Pulling on the thread of its origins, he discovers the symbols of the bee, the book, and the sword, which in turn lead him to a secret society that protects a magical, subterranean library. November 5, 2019.

For young readers “Wrecking Ball: Diary of a Wimpy Kid #14” by Jeff Kinney. An unexpected inheritance gives Greg’s family a chance to make big changes to their house. But they soon find that home improvement isn’t all it’s cracked up to be. November 5, 2019.

“The Accomplice: A Novel” by Joseph Kanon. A mission to the Buenos Aires of 1962 to hunt down a reputedly deceased Nazi concentration camp doctor. Emotional zigs and zags leave the reader spellbound as the cat and mouse game closes in on the capture of a detestable unrepentant Nazi. November 5, 2019.

“The Witches Are Coming” by Lindy West. In a laugh-out-loud, incisive cultural critique, West extolls the world-changing magic of truth, urging readers to reckon with dark lies in the heart of the American mythos.  November 5, 2019

“Twisted Twenty-Six” by Janet Evanovich. How far will Stephanie Plum go to protect the one person who means the most to her? Grandma Mazur has decided to get married again – this time to a local gangster. If Stephanie has her doubts about this marriage, she doesn’t have to worry for long, because the groom drops dead of a heart attack 45 minutes after saying, “I do.” November 12, 2019.

“The Second Sleep: A Novel” by Robert Harris. A chilling and dark new thriller unlike anything Robert Harris has done before. November 19, 2019.

You may pre-order any forthcoming title by giving us a call, or visiting our website.  [www.edmondsbookshop.com]