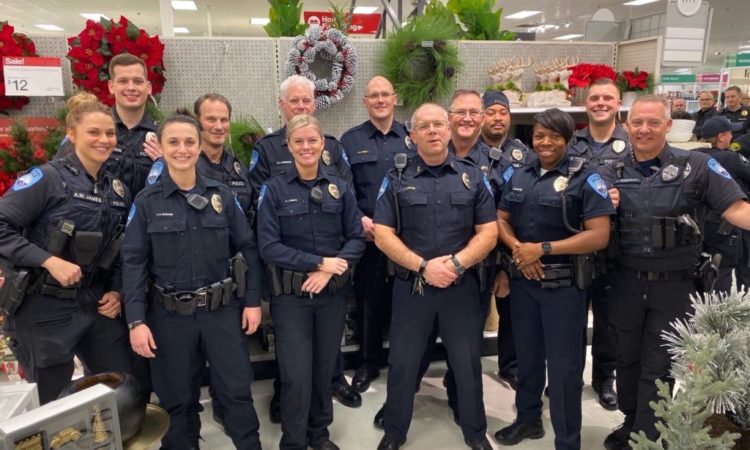 Christmas came early Wednesday night for a group of Edmonds School District kids in need who participated in the 11th annual Shop with a Cop event at the Lynnwood Target.

Volunteers from South Snohomish County law enforcement, firefighters, first responders and members of the military paired with nearly 100 children to help them shop for gifts for themselves or their families. Each year, 10 Edmonds School District students are selected from each participating school for the event.

Each child was given a $50 Target gift card for shopping, and was accompanied by a first responder. Snacks and hot chocolate were provided by Target and Starbucks. Special guests included Santa Claus, who arrived on a South County Fire & Rescue emergency response vehicle.

This year’s event saw a record volunteer turnout with 60 first responders attending the event. According to Mountlake Terrace City Councilmember Seaun Richards, who has coordinated the event for the past 11 years, the volunteering military members were the most popular partners for kids to shop with.

The annual event is sponsored by the Cheeseburger Babies Foundation, the charitable arm of Richards’ Red Onion Cafe and Seafood Bar in Mountlake Terrace. Additional support was provided by the Lynnwood Police Guild and South County Firefighter Foundation – IAFF 1828, each of which donated $750 to reach the event’s $5,000 goal.

Since it began 11 years ago, the annual event has helped bring holiday gifts to nearly 14,000 kids in need.