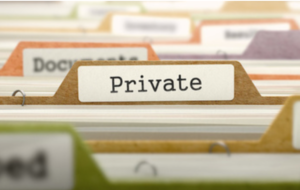 A lot of information can be gleaned from a birth date. That’s why Washington state public employees are raising safety concerns about a recent state Supreme Court decision — and hope lawmakers will correct it.

In October, justices sided with the Freedom Foundation that public employees’ birth dates can be disclosed under the state Public Records Act. Kati Thompson, IT systems administrator of the Employment Security Department, believes this could put state workers in danger, especially those who are domestic violence survivors.

Thompson read a statement she received from an anonymous public employee and survivor of domestic abuse, who says the decision puts her life in danger.

“‘It is so easy for my ex-husband to search databases and extract information that I would guess he will know where I am within a week,’” read Thompson. “‘He will know exactly where I am. He will be able to walk into the lobby and see me calling a client. He can wait for me to walk to my car in the parking lot.’”

Public employee unions, including the Washington State Federation of Employees, want lawmakers to pass House Bill 1888 in 2020. It would help protect workers’ identities and inform them if a request is made for their information.

The Washington Coalition for Open Government, which includes the Seattle Times, says the Supreme Court decision was a victory for transparency and will help in media investigations.

In the dissenting opinion, Justice Charles Wiggins wrote that birth dates should be exempt from disclosure, citing concerns about identity theft. Don Malo, a community corrections officer for the Department of Corrections in Wenatchee, shares the concern.

He also is worried because his job puts him in a vulnerable position.

“I would prefer my personal information not be released to the public or make it accessible to the public, especially to people that I supervise and have made threats towards my life and my family in the past,” says Malo.

Administrative Assistant for the Community Colleges of Spokane Brenda Martinson thinks the law needs to be updated to better protect public employees.

“Open records and open government is one thing,” says Martinson. “But people – human beings – work for the State of Washington. We do the good work of this state.”