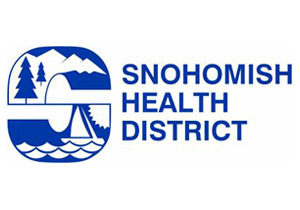 According to a health district news release, Snohomish County has been seeing increased reports of influenza in the community, as well as an uptick in norovirus-like illnesses. A call was placed to the Snohomish Health District’s communicable disease surveillance line about individuals being sickened with gastrointestinal symptoms over the weekend, and the Chuck E. Cheese at 3717 196th St. S.W. in Lynnwood was listed as a potential exposure site.

A food safety program team was dispatched to the restaurant on Tuesday afternoon, and while it is unclear whether the Chuck E. Cheese was the source, the inspection found numerous health violations, prompting the health district to require the immediate closure.

The health district is working closely with Chuck E. Cheese to ensure all health violations are corrected and the establishment is properly cleaned, the news release said, adding that Chuck E. Cheese and its employees are cooperating fully. Upon completion, and after passing an inspection, the restaurant will be allowed to reopen.

“Schools, daycares and other places where large numbers of children play — like Chuck E. Cheese — can be prime spots for the germs to spread quickly,” said Dr. Chris Spitters, interim health officer for the health district. “It’s a great reminder for parents and caregivers to teach and model good handwashing habits for kids.”

Gastrointestinal illnesses like norovirus can spread quickly, and are oftentimes mistakenly called the stomach flu. You can get illnesses like these from an infected person, contaminated food or water, or by touching contaminated surfaces. The virus causes stomach pain, nausea, diarrhea and vomiting because your stomach, intestines or both get inflamed (acute gastroenteritis). Symptoms include:

As a reminder, if you think you got sick after eating in any restaurant, contact the Communicable Disease Surveillance line at 425.339.5278.

Taking the following precautions will help prevent the spread of the norovirus:

Thorough handwashing after using the bathroom and prior to food preparation is key. Handwashing should include vigorous soaping of the hands. All surfaces should be washed including the back of the hands, wrists, between fingers and under fingernails. Hands should be thoroughly rinsed with running water and dried completely.