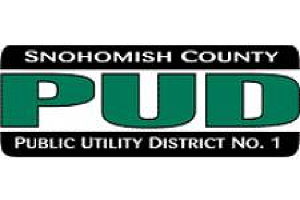 The Snohomish County PUD Board of Commissioners approved the 2020 budget for the electric system on Tuesday, including staff’s recommendation to forego a rate increase in in the next year. The utility said it’s the third straight year the PUD has avoided raising electric rates.

“Bringing affordable power to our ratepayers is one of our key pillars at the PUD and I’m proud to say we are able to keep rates steady in 2020,” said PUD GM/CEO John Haarlow. “PUD employees continue to work hard to keep costs down and maximize efficiency.”

The PUD’s residential electric rate remains 10.4 cents per kilowatt-hour (kWh), keeping it competitive with other Northwest electric utility rates and below the national average of 12.95 cents/kWh.

The 2020 budget provides for increased investment in capital funding to improve system reliability. The PUD’s capital expenditures budget will increase approximately $20 million from last year, with most money dedicated to improvements in the PUD’s electric distribution infrastructure through construction of new substations in Stanwood and Lynnwood, and the design and construction of a new community office in Arlington.

Commissioners Tuesday also approved the budget for the PUD’s water and generation systems. The PUD’s water customers will also see no rate increase in 2020. Despite the rising costs of purchasing water and operations and maintenance, the approved water system operating budget includes no plans to raise the retail rate next year. Capital improvement projects to the PUD’s Warm Beach system, Walker Hill reservoir and Lake Stevens treatment plant are included in the budget.

The PUD Board also approved a plan to implement a time-of-day rates pilot for select PUD commercial and industrial customers. The pilot is scheduled to begin in January and will continue through 2023. The time-of-day rates pilot will include a “nights and weekend” discount rate for customers and a morning and evening peak rate for the months of November through February. The PUD plans to use the pilot to study how effective time-of-day rate designs are at shifting electricity usage off-peak during winter months to alleviate short-term capacity needs.