Edmonds resident Michael W. Hall continues his trip on the rails for the holidays. Hall left the Edmonds Amtrak station Christmas Eve, and is now in “The Big Apple,” where he plans to celebrate New Year’s Eve. 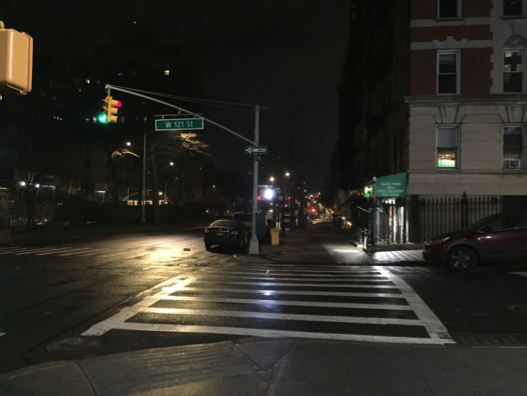 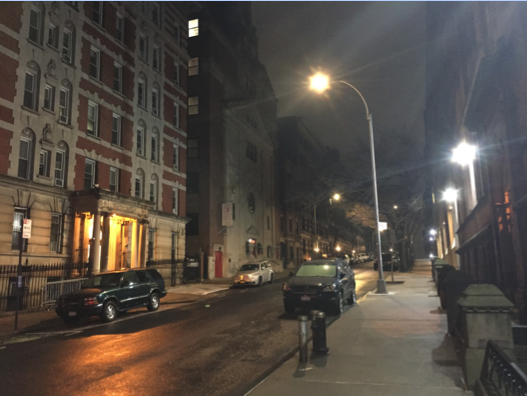 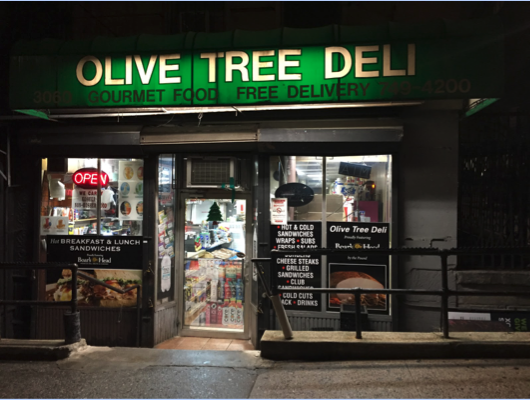 The corner comic book shop and candy store/newsstand where we spend our .25 cents/week, hard-earned allowance on Saturday mornings.  (It’s now the “Olive Tree Deli,” where I bought an awesome Bacon/Cheese Burger for lunch). Back in the late 1950s, twenty-five cents bought you a .10 cent Superman comic book, a .5 cent white-lemon popsicle and a nice brown paper bag full of ‘3 for a penny’ hard candy….!  We were all set for another week of the “Hot Summer In The City!” 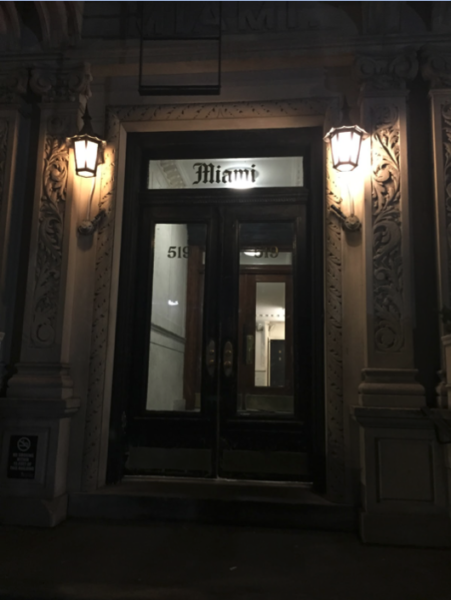 The tenement next door to mine (@ 509 Bancroft on W. 121st Street, where George Carlin grew up, with his mother.  George was one of the local ‘Big Dogs,’ 15 years of age, to my 8 years old self at the time. So, as you can imagine my local plebeian gang didn’t hang with the much older and sophisticated, local ‘gods of the block…!’ 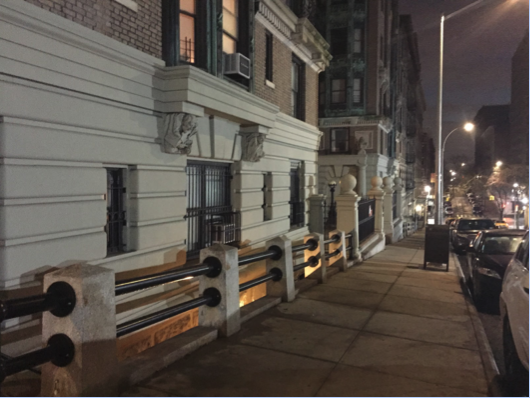 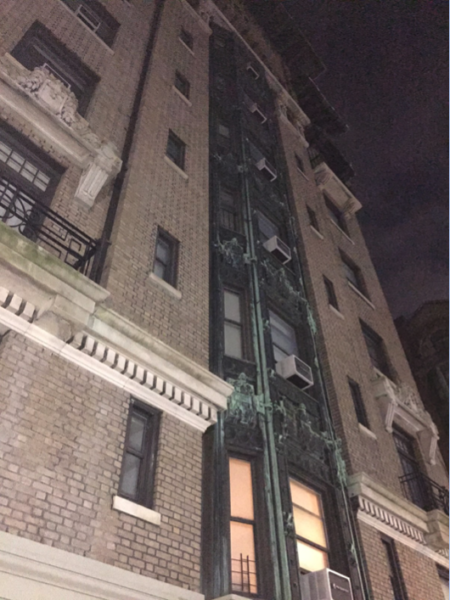 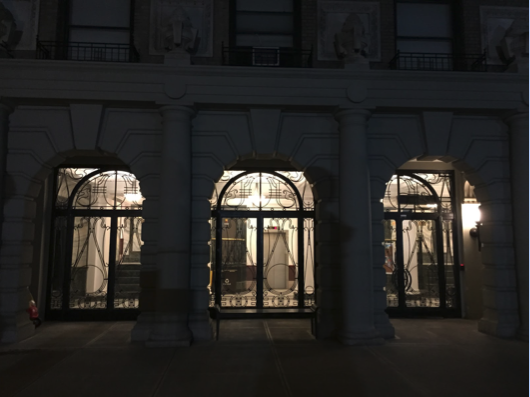 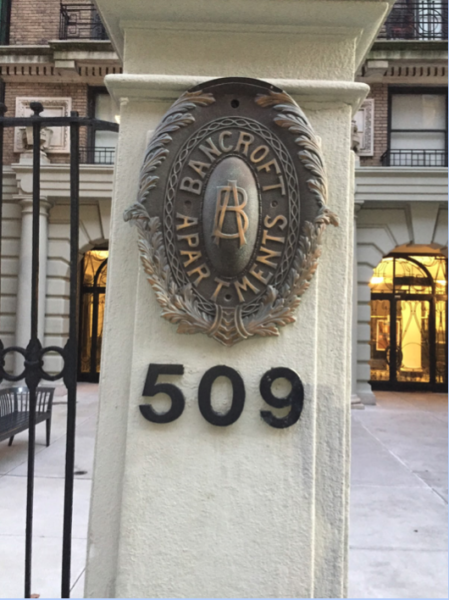 The old ‘Crest of Arms’ is still there….! 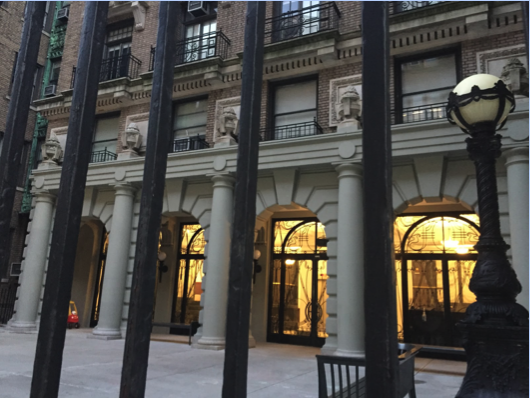 And our building’s small courtyard entrance. 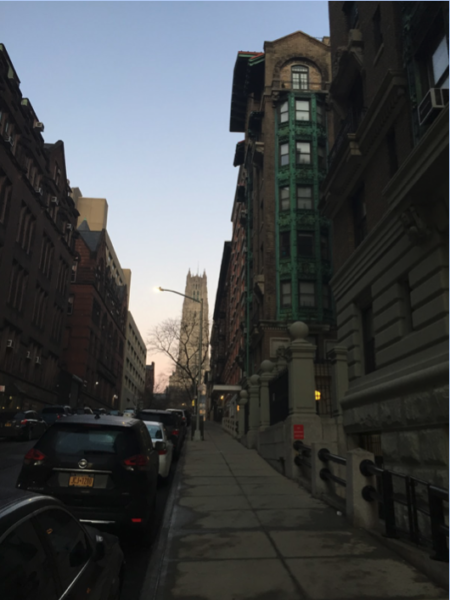 And the Gothic Cathedral of “Riverside Church” still looms over the neighborhood as it always did. I was a member of the (quite professional and much reversed) “Children’s Choir” at Riverside Church. We performed each Sunday for the United Nations weekly services. Dr. Martin Luther King Jr. would periodically give the sermon. And our small band of neighborhood, musical ruffians was privileged to sing for Secretary General U Thant and the U.N.’s weekly congregation of impressive world-class, celebrity/politicians.

Note:  Martin Luther King Jr. voiced his opposition to the Vietnam War at Riverside on April 4, 1967 (on the same day that he was killed the following year) in his “Beyond Vietnam: A Time to Break Silence”, also known as the ‘Riverside Church speech.’ 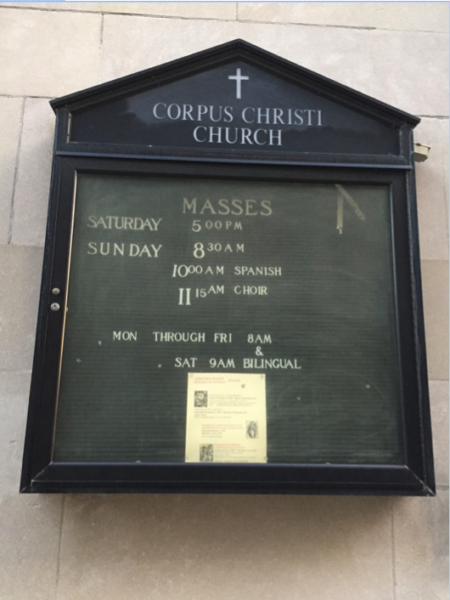 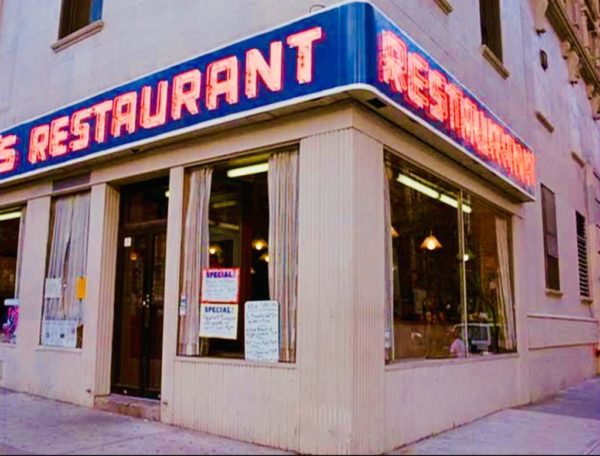 Monk’s Café is a fictional coffee shop from the NBC sitcom Seinfeld.  The exterior of Tom’s Restaurant on the corner of West 112th Street and Broadway, near Columbia University, is often shown on the show as the exterior of Monk’s, though the interiors were shot on a sound stage.