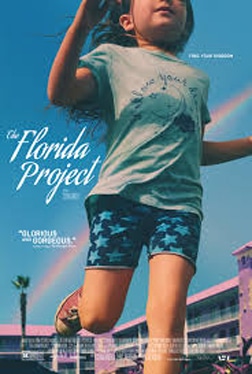 The Edmonds Diversity Commission will continue its free screening of films on themes related to diversity, inclusion and equity with The Florida Project, showing at noon Saturday, Jan. 18 at the Edmonds Theatre, 415 Main St.

The film tells the story of Halley, who lives with her 6-year-old daughter Moonee in a budget motel along one of the commercial strips catering to the Walt Disney World tourist clientele outside Orlando, Fla. Halley, who survives largely on welfare, has little respect for people, especially those who cross her, it an attitude that she has passed down to Moonee, who curses and gives the finger like her mother. Although the motel’s policy is not to allow long-term rentals, Bobby, the motel manager, has made arrangements for people like Halley to live there while not undermining the policy as he realizes that many such tenants have no place to go otherwise.

The series is sponsored by Rick Steves’ Europe, MyEdmondsNews, Edmonds Center for the Arts, Edmonds Theatre and the Edmonds Diversity Commission.

Learn more about the film series and see a list of other upcoming films here.