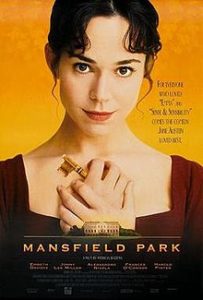 Starting Jan. 26, join the Edmonds Library and the Edmonds Arts Commission Sunday afternoons this winter for a new film series featuring four films adapted from literature in thought-provoking ways for contemporary audiences. Following each screening, a moderated discussion will be held about the filmmakers’ interpretation of the original novels. All screenings begin at 1 p.m. in the Edmonds Plaza Room (above the Edmonds Library, 650 Main St.). Admission is free.