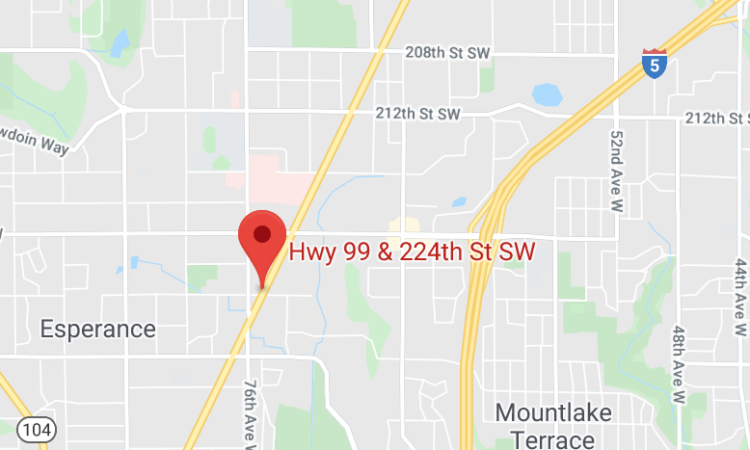 A 22-year-old Lynnwood woman was seriously injured Tuesday morning in Edmonds when she was hit by a car while crossing Highway 99 in a crosswalk at 224th Street Southwest, Edmonds police said.

The woman, who was in “serious but stable” condition after being struck, was taken to Providence Hospital in Everett, said Edmonds police spokesman Sgt. Josh McClure.

The incident occurred at 7:56 a.m. Tuesday when the car, headed westbound on 224th and driven by a 45-year-old Bothell man, made a left turn to go southbound on Highway 99, striking the woman.

The driver was cited for second-degree negligent driving, McClure said.