Twelve Edmonds residents have applied for appointment to the Edmonds City Council Position 2 seat left vacant with the election of Mike Nelson as Edmonds mayor. We’ve written a summary of each applicant, based on the forms they submitted to the city council for consideration.

The council is scheduled to discuss the appointment process during its Tuesday, Jan. 7 meeting. It’s likely that interviews with all candidates will occur the week of Jan. 13.

Here are the applicants, in alphabetical order:

An Edmonds resident for more than 18 years, Binder is an independent management consultant who has an extensive background in fundraising and development. She also served on the Edmonds Historical Preservation Commission from 2004-07. She earned a bachelor’s degree in American studies and art history from Yale, a master’s in art history and architectural history from Boston University. and also attended culinary school on the East Coast. She also is a Master Gardener through the WSU Extension. In addition, Binder writes the Healthy Eating column for My Edmonds News.

In her council application, Binder said her top three priorities would be as follows:

The city council’s role is “representing the needs and wants of the citizens,” Binder wrote in her application. “I believe that the councilmembers should be good listeners and respond to citizens in a courteous and professional manner.” 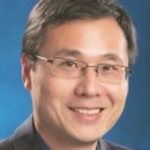 Born and raised in China, Chen has lived in Edmonds for 10 years, and has operated his own accounting firm in the Highway 99 neighborhood since 2012. He currently serves on the Edmonds Citizens Housing Commission. A certified public accountant, Chen graduated from the University of Iowa with bachelor’s and masters degrees in accounting. He also earned his MBA from Western Washington University while working at Kimberly Clark Corporation in Everett.

In his council application, Chen listed his top three priorities as follows:

“I think that being a first-generation immigrant also has its unique advantages to the Council because I do not have any preconceived notions about what may be best for the City of Edmonds,” Chen wrote in his application. “I am ready to reach out, listen to our citizens’ concerns and needs, and put my talent to work for our great city.” 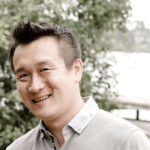 An attorney who practices in Lynnwood, Cheung currently chairs the Edmonds Planning Board, where he has served as a member since 2015. He has lived in Edmonds for seven years. Cheung earned a bachelor’s of science degree in nutrition from Seattle Pacific University, a master’s in public health from the University of Washington and received his law degree at Seattle University.

His top three priorities, according to his application:

A five-plus-year resident of Edmonds, Crank currently serves on the Edmonds Planning Board and as vice chair of the Snohomish County/Paine Field Airport Commission, and previously sat on the boards of the Edmonds Chamber of Commerce, Senior Center and Sister City Commission. Crank works as corporate relations officer at YWCA Seattle/King/Snohomish. She also has experience in corporate banking. Her educational background includes training in radio and television broadcasting technology at Central Michigan University and radio certification at Specs Howard School of Media Arts. She has run twice for the city council — losing to Dave Teitzel for an open seat in 2015 and to Vivian Olson for an open seat in 2019.

Her top three priorities, as listed in her council application: 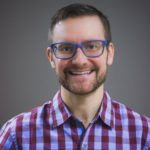 Distelhorst has lived in Edmonds for nearly six years. He spent three years as president of Friends of the Edmonds Library and currently serves on the Sno-Isle Libraries Foundation Board. A public information specialist for Community Transit, Distelhorst’s educational background includes two years at Western Washington University in East Asia Studies followed by Mongolian Studies at the National University of Mongolia. He also spent a year as a journalist/photographer with Reuters.

His top three priorities, as stated in the council application: 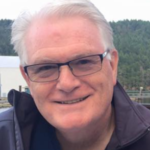 A 42-year resident of Edmonds, Grant is wrapping up his term on the Edmonds Salary Commission, where he served as chair.  A long-time professional in the risk management field, Grant is former director of the U.S. Port Security Council and currently works as Secretary General of the International Organization of Airport and Seaport Police. He attended Northeastern University, graduating in 1983.

In his application, Grant said his top three council priorities would be:

“My agenda is to serve the community at large and address the varied simple to complex issues the city must address,” Grant said, adding he would like “to further assist efforts to continue making Edmonds an exceptional place to live, work and visit.” 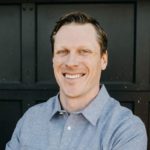 Born and raised in Edmonds, Monroe has lived in the city for 28 years. He has served on the Edmonds Planning Board for five years, including a year as both chair and vice chair. Monroe, who works as a construction manager for Sound Transit, has a bachelor’s degree in civil engineering from the University of Portland and an MBA from Seattle University. He ran for a city council open seat in November, losing to challenger Laura Johnson.

Monroe’s top three priorities, according to his council application:

Monroe said he believes that the council has an “information/knowledge gap” when it comes to public works issues and that as a councilmember he could bring an engineering perspective that “will be useful in working with and directing staff and should ultimately save the city money.” Edmonds “is transitioning/has transitioned from an older population bedroom community to a younger population with a vibrant business community,” he said. “People need assurance that our council is equipped to adapt to this change while staying focused on maintaining the quality of life we all enjoy.” 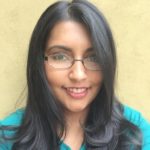 Nand, who has lived in Edmonds for 17-plus years, is a business attorney who practices in Lynnwood. She has been a member of the Mayor’s Climate Protection Committee since 2017, second vice chair for the 32nd District Democrats and a pro bono attorney for the Northwest Immigrant Rights Project. She received a bachelor’s degree in political science at the University of Washington and earned her law degree at the University of Minnesota. She ran for the city council in November, losing to incumbent Diane Buckshnis.

Nand’s top three priorities, according to her council application: 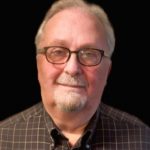 A recent appointee to the Edmonds Planning Board, Pence has lived in Edmonds for three years. He received a bachelor’s in political science from the University of Washington, is a former transit planner at the Municipality of Metropolitan Seattle (now King County Metro) and a long-time community volunteer. While living in Seattle, he served on community councils in three different neighborhoods.

His top three priorities, listed in his council application: 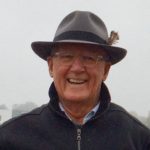 Peterson has lived in Edmonds for 41 years. He has served the Edmonds Tree Board since 2016, filling the role of both vice chair and chair, and is also a master gardener with the WSU Extension Service.

Peterson listed the following as his top priorities:

He said he sees the role of the council in the community as “to provide efficient and transparent management of city resources, provide final stability as well s guide and adopt policy to maintain and enhance our overall livability standard.” A 24-year Edmonds resident, Lora Petso was on the Edmonds City Council for nearly 10 years. She lost her seat in 2015 to Neil Tibbott, who left the council in 2019 after unsuccessfully running for Edmonds mayor. Petso is also a commissioner for the Olympic View Water and Sewer District, where she has served for nearly 25 years. An attorney, Petso earned a bachelor’s degree in economics from Whitman College and a law degree from the University of Washington.

Petso said her three priorities, if appointed to the council seat, are:

In her application, Petso said that Highway 99 represents “a great challenge and a great opportunity” for the city council. “With good transit service, it would be a natural area to accommodate growth,” she said. “However, the. needs of vehicle traffic, businesses and the environment must be recognized.”

The city council “must represent the interests of both ordinary citizens and those identified as stakeholders,” Petso said. “I believe my skills and experience would be a valuable addition to the team of elected officials the voters have selected,” she added. 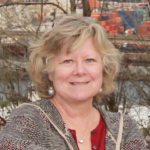 Rubenkonig has lived in Edmonds for more than 30 years.  She has served on the Edmonds Planning Board since 2015, including a term as chair, and is a former member and chair of the city’s Architectural Design Board, where she spent eight years. Rubenkonig holds a bachelor of science degree in community organization from Towson State College and a master’s of urban regional planning from the University of Washington. She is a planner with Rubenkonig Planning and Landscape Architecture.

In her application, Rubenkonig listed her three priorities as follows:

She said she believes that housing is the biggest challenge facing the city council, and will include increased coordination with adjacent cities and Snohomish County “with future support from the State of Washington,” and the need to address “diversified housing options for a range of incomes.”