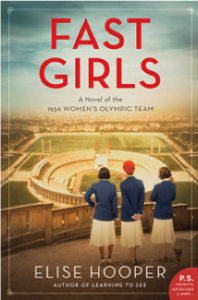 March is Women’s History Month, corresponding with International Women’s Day on March 8. Celebrate all of the women in your life. Because you can. And. Take a dive into some history you may not know. So many women have had such an amazing impact on our world. We owe it to them, [and to us!], to learn more about all of them. A great place to start is the Women’s History website at www.womenshistory.org

There are all kinds of great non-fiction books by and about women that have made an impact on our world, and we are happy to recommend so many of them.

In this column, I present, for your consideration, a list of some of our favorite novels based on and/or including real women. This is such a fun and entertaining way to learn stories of amazing women about whom you may have never heard…. Please enjoy!

Alphabetical by author, and then in order of publication date.

“Hooper excels at humanizing giants….seamlessly weaving together the time, places and people in Lange’s life…For photo buffs and others familiar with her vast body of work, reading the book will be like discovering the secret backstory of someone they thought they knew.” –The Washington Post

Going on this month at Edmonds Bookshop:

A gripping and timely novel that follows Sigrid–the dry-witted detective from Derek B. Miller’s best-selling debut “Norwegian by Night”–from Oslo to the United States on a quest to find her missing brother.

“1941. Audrey Coltrane has always wanted to fly. It’s why she implored her father to teach her at the little airfield back home in Texas. It’s why she signed up to train military pilots in Hawaii when the war in Europe began. Then one fateful day, she gets caught in the air over Pearl Harbor just as the bombs begin to fall, and suddenly, nowhere feels safe…”–Publisher’s description.

Noelle Salazar was born and raised in the Pacific Northwest, where she’s been a Navy recruit, a medical assistant, an NFL cheerleader and always a storyteller. When she’s not writing, she can be found dodging raindrops and daydreaming of her next book. Noelle lives in Bothell, Wash., with her husband and two children. “The Flight Girls” is her first novel.

Visit her website for all kinds of additional information. 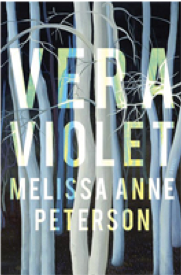 Set against the backdrop of a decaying Pacific Northwest lumber town, “Vera Violet” is a debut that explores themes of poverty, violence, and environmental degradation as played out in the young lives of a group of close-knit friends. Melissa Anne Peterson’s voice is powerful and poetic, her vision unflinching.

Melissa Anne Peterson grew up in a rainy working-class logging town in Washington State. She received a BA and BS in writing and biology from The Evergreen State College and an MS from the University of Montana. She has worked in endangered species recovery in Washington and Montana for twelve years. Her writing has been published by Camas, Flyway: Journal of Writing & Environment, Oregon Quarterly, and Seal Press.

Find out more at melissaannepeterson.com.

“The Magical Language of Others: A Memoir” by E. J. Koh. Staff recommended.

“The Holdout” by Graham Moore. One juror changed the verdict. What if she was wrong? From the bestselling author of staff recommended, “The Last Days of Night.”

“The Splendid and the Vile: A Saga of Churchill, Family, and Defiance During the Blitz” by Erik Larson.

“Pretty as a Picture” by Elizabeth Little. A wickedly funny exploration of our cultural addiction to tales of murder and mayhem and a thrilling, behind-the-scenes whodunit.

“Apeirogon,” by Colum McCann. Two fathers, one Palestinian and the other Israeli, are bound together by grief.

Some books of note being released in March:

“Deacon King Kong” by James McBride. It’s 1969, and a South Brooklyn neighborhood is rocked by an unexpected flare of violence: a shabby deacon shoots a local drug dealer. The story pivots to examine the fallout of the shooting from a variety of perspectives, weaving together a darkly funny tale by the National Book Award-winning author of “The Good Lord Bird.” March 3, 2020.

“The Night Watchman” by Louise Erdrich. In her sixteenth novel, a work of distinct luminosity, Erdrich based soulful, disciplined, and witty Thomas, the night watchman of the title, on her grandfather. Accordingly, Thomas is a member of the Chippewa council, and deeply concerned about a 1953 bill pending in the U.S. Congress that threatens to terminate the legal status of his Chippewa band. March 3, 2020.

“Eight Perfect Murders” by Peter Swanson.  From the hugely talented author of “Before She Knew Him” comes a chilling tale of psychological suspense and an homage to the thriller genre tailor-made for fans: the story of a bookseller who finds himself at the center of an FBI investigation because a very clever killer has started using his list of fiction’s most ingenious murders. March 3, 2020.

“Separation Anxiety” by Laura Zigman. Wickedly funny and surprisingly tender, this offers a frank portrait of middle-aged limbo, examining the ebb and flow of life’s most important relationships. March 3, 2020

“Recollections of My Nonexistence” by Rebecca Solnit. An inquisitive, perceptive, and original thinker and enthralling writer with more than 20 salient books to her name, Solnit has created an unconventional and galvanizing memoir-in-essays that shares key, often terrifying, formative moments in her valiant writing life. March 10, 2020.

“Stamped: Racism, Antiracism, and You” by Jason Reynolds and Ibram X. Kendi . Reynolds continues his prolific streak with an absorbing young reader’s adaptation of Kendi’s National Book Award–winning title, Stamped from the Beginning (2016). “This is not a history book” declares Reynolds at the outset, displaying the author’s singular way of communicating with young people. March 10, 2020.

“The Mirror and the Light” by Hilary Mantel. Mantel concludes her mammoth “Wolf Hall” trilogy about Thomas Cromwell, the cunning, wily minister to Henry VII. Mantel picks up in 1536 and homes in on Cromwell’s last years, the conclusion of his rise from obscurity into the orbit of power. You may know how the story ends, but what makes for such engrossing reading is Mantel’s vivid prose and narrative skill. March 10, 2020.

“My Dark Vanessa” by Kate Elizabeth Russell.  A high schooler’s tempestuous relationship with her teacher reverberates through her life in this unsettling debut novel. Vanessa is an engrossing unreliable narrator, and the novel is the latest to explore power, memory and trauma through the #MeToo lens. March 10, 2020.

“Darling Rose Gold” by Stephanie Wrobel. “In this compulsive, sharply-drawn debut, the layers of the most complicated of mother-daughter relationships are peeled back… “ March 17, 2020.

“The Red Lotus” by Chris Bohjalian. From the bestselling author of Midwives and The Flight Attendant comes a twisting story of love and deceit. Set amidst the adrenaline-fueled world of the emergency room, this is a global thriller about those who dedicate their lives to saving people, and those who peddle death to the highest bidder. March 17, 2020.

“The City We Became” by N.K. Jemisin. In a starred review, Kirkus called the latest novel from science fiction luminary “fierce, poetic, uncompromising.” Set in Jemisin’s hometown of New York City, this work of speculative fiction features five New Yorkers who must come together to defend their city against the Enemy, which Jemisin described, in an interview with EW, as “a dangerous otherwordly tourist…trying to supernaturally gentrify the city to death.” Toilet stalls attack, backyard pools become portals, and FDR traffic “becomes a literal, tentacled killer.” So, your standard work of social realism. March 24, 2020.

“House Lessons: Renovating a Life” by Erica Bauermeister. A memoir about the power of home – and the transformative act of restoring one house in particular. Staff recommended. March 24, 2020.

“Code Name Hélène” by Ariel Lawhon. Based on the thrilling real-life story of socialite spy Nancy Wake, this newest feat of historical fiction features the astonishing woman who killed a Nazi with her bare hands and went on to become one of the most decorated women in WWII. March 31, 2020.

You may pre-order any forthcoming title by giving us a call, or visiting our website.

One Reply to “Edmonds Booktalk: Celebrate Women’s History Month with these books about amazing women”