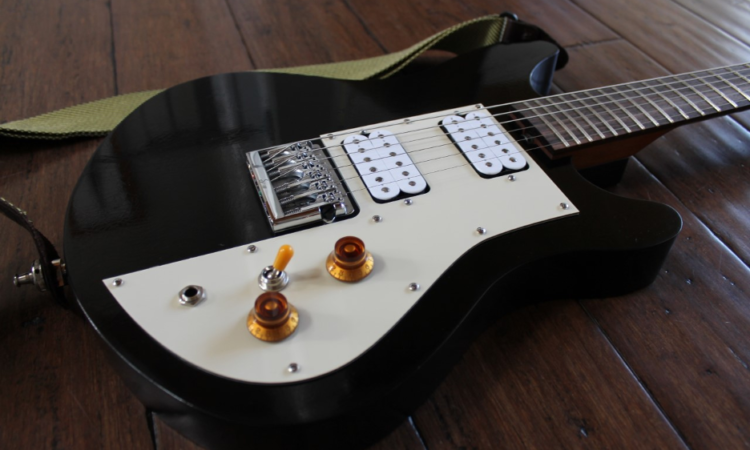 Edmonds local Brian Farnsworth has been building guitars for six years now. He was looking to learn how to solder guitar pickups — a transducer that captures or senses mechanical vibrations — so he could swap pickups on his own gear, and he connected with a luthier instructor. Brian picked up many skills during this time, but waited a while before building his first guitar on his own. Through the help of friends on Instagram, he jumped in and accomplished it.

As a musician with a love for tube amplifiers, like old Marshalls, getting into building electric guitars made sense. For Brian, “there’s nothing like plugging into a red-lined tube amp.” Although he enjoys acoustics and would love to explore them someday, for now it is all about the electric guitars.

Brian grew up in Colorado, lived in Chicago for a while and finally ended up in the Pacific Northwest. Brian and his wife found Edmonds and love being part of the community, especially by walking to the Saturday markets and spending time downtown. One of the events Brian gets most excited about is the Edmonds Arts Festival. Before this year’s event was canceled, Brian had built an inventory of guitars just for the event.

Expect to see Farnsworth Guitars more and more around Edmonds. Brian has a vision to incorporate his guitars with a space to teach and present live music. Sounds like a fantastic possibility for our community. 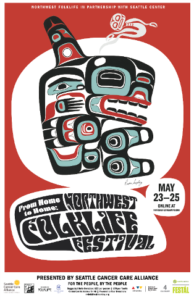 Northwest Folklife and Seattle Center have joined to provide a virtual Folklife experience. The virtual festival will take place this Memorial Day Weekend, May 23-25 at nwfolklifestreaming.org. Presented by Seattle Cancer Care Alliance, there will be artists, creatives, sponsors and merchants. 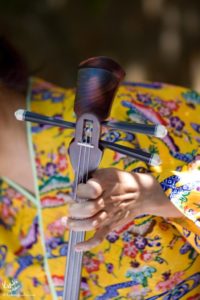 Thanks to a partnership between Seattle Theatre Group (STG) and Seattle Sacred Music and Art (SAMA), you can watch a Facebook Live concert featuring Seattle/Okinawan Shamisen player Mako on Thursday, May 21 at 7 p.m.  on the SAMA Facebook page. The goal of SAMA is to bring a series of musical and artistic experiences to the Seattle region that will seek to lift the spirit, create curiosity of other cultures, and provide education opportunities through artistic presentation. 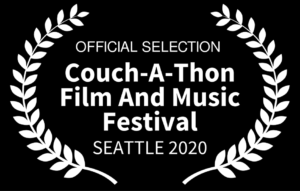 The Couch-a-Thon is an independent, multi-day livestream event to collect donations for Washington gig workers affected by COVID-19. Donations go to creatives on an application basis, in partnership with Langston and the Seattle Artist Relief Fund. The livestream begins May 25 on the Couch-a-Thon Film and Music website, and more information can be found on Facebook or Instagram.

The following are known to be closed and/or canceled. Please confirm on your own before making any schedule changes.