ESD believes some portion of the high numbers from the past week are due to an increase in fraudulent claims and is looking into how best to correct for that in future reporting cycles.

Commissioner Suzi LeVine said the department has “zeroed in on stopping the increase in fraudulent claims we’ve seen in recent weeks. We are working closely with federal law enforcement to stop fraudulent activity, to investigate these crimes and get as much of the stolen money as we can returned to us.”

Since the week ending March 7 when COVID-19 job losses began:

Below is an 11-week summary of statewide initial claims filed since the start of the COVID-19 crisis: 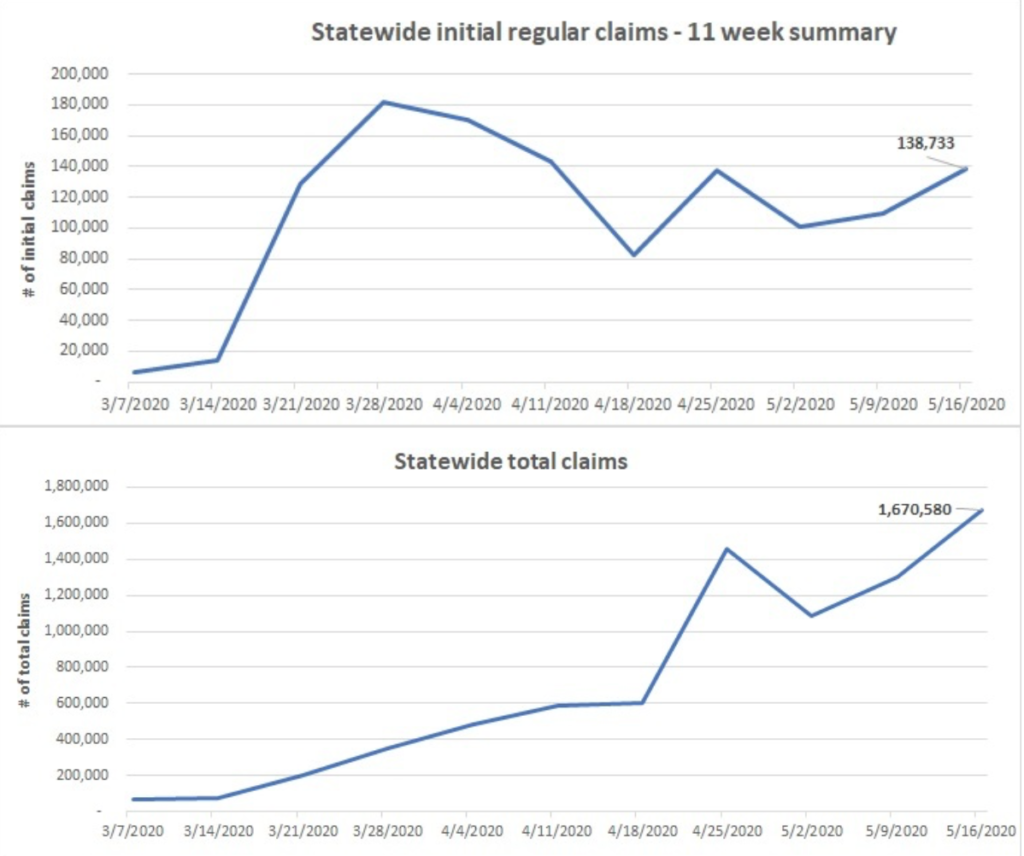 By industry
Industry sectors experiencing the highest number of initial claims during May 10-16 were: