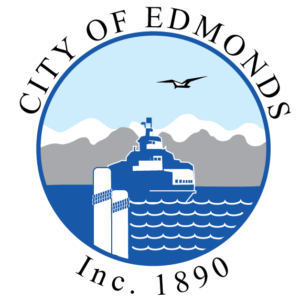 Based on suggestions made at last week’s Edmonds City Council meeting, Mayor Mike Nelson is proposing changes to how the city will use its $1.2 million in federal CARES Act funds. The revised proposal will be on the city council agenda for potential action this Tuesday, June 16 and — for the first time since the council began meeting remotely via Zoom — citizens will have an opportunity to offer public comment in real time.

Two weeks ago, Nelson proposed that $800,000 of the city’s CARES Act allocation be used to help Edmonds small businesses struggling to stay afloat during the COVID-19 pandemic — with the remaining $465,100 used to reimburse the city for its coronavirus-related expenses.

But at the council’s July 9 committee meeting, several councilmembers said they would like to see some of the $1.2 million dedicated to human services, to help residents who have been impacted by the pandemic.

The revised proposal now calls for $700,000 to be awarded to eligible Edmonds small businesses with 2-30 employees, in the form of forgivable loans of up to $10,000, and $300,000 to be directed to a housing and supplemental relief program — available to qualified residents in the form of up to $1,000 grants. The amount of the fund allocated to city expenses has been reduced to $265,100, based on what is actually reimbursable under the program, the city agenda memo notes.

In addition, the mayor’s newest proposal calls for reallocating to the housing and relief fund up to $50,000 that was initially earmarked for a potential second round of funding for the Chamber Foundation WISH business grant program.

Speakers should begin by stating their name and city of residence. The clerk will be the timekeeper and provide a 30-second warning and a final warning when their time is up. The person will be removed from the meeting and the next speaker will enter the meeting.

People who don’t want to make comments during the meeting may continue to monitor the livestream on the City Council Meeting webpage, cable TV or telephone by calling 712- 775-7270, Access Code 583224.

Other on Tuesday night’s agenda include:

The June 16 meeting will begin at 7 p.m. You can see the complete agenda here.