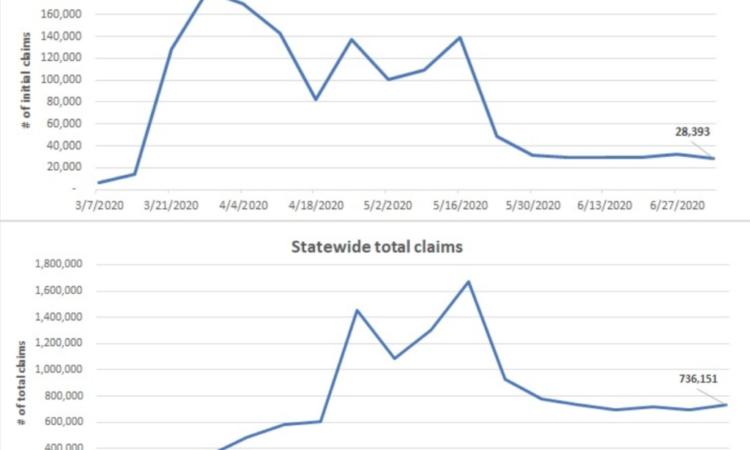 While the Washington State Employment Security Department on Thursday reported an 11% drop in initial regular unemployment claims during the week of June 28 through July 4, the department notes that initial claim applications remain at unprecedented elevated levels and are at 416% above last year’s weekly new claims applications.

In Snohomish County, the number of initial regular claims filed decreased from 3,911 to 3,262, down 17% from the week before.

Since the week ending March 7 when COVID-19 job losses began:

“Although the number of initial claims has dropped significantly since the height of the crisis, and even dipped since last week’s figures, our current ‘steady state’ of initial claims is about 89% higher than the peak of the Great Recession,” said Employment Security Department Commissioner Suzi LeVine. “We are committed to helping eligible Washingtonians get unemployment benefits as quickly as possible and supporting both workers and employers as they navigate the changing workforce landscape.”

Those looking to return to work, or who cannot yet return due to the crisis, are encouraged to check out the return to work and refusal of work pages on the department website for more information. Employers looking to avoid layoffs or slowly ramp up re-hiring may want to consider the SharedWork program — learn more at esd.wa.gov/SharedWork.

Below is an 18-week summary of statewide initial claims filed since the start of the COVID-19 crisis: 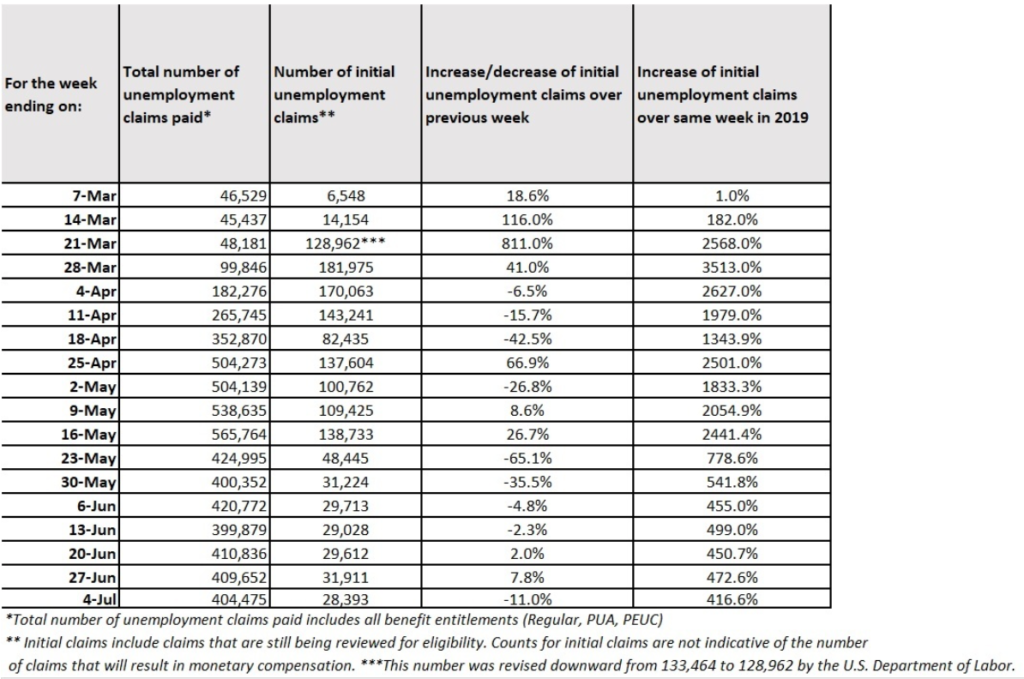 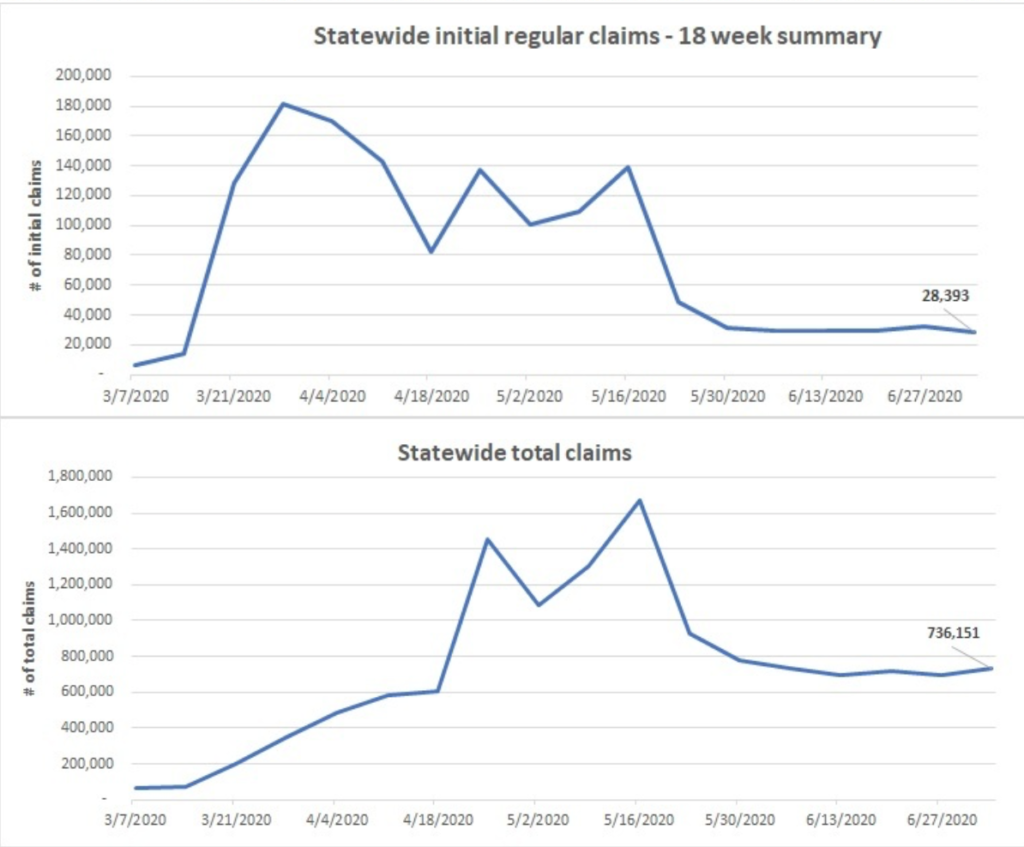 Industry sectors experiencing the highest number of initial claims during June 28- July 4 were: