The coronavirus pandemic continues to rage across the world. Cases now surpass 18 million while deaths approach 700,000, with no letup in sight. The United States continues to lead the other nations of the world in total COVID case numbers and deaths. The following map from Johns Hopkins University provides the latest statistics as of Aug. 3, and a graphic illustration where red indicates overall case numbers.

Except for a few weeks in June where Brazil took over as world hotspot, over the course of the pandemic the U.S. has led the world in overall case numbers. 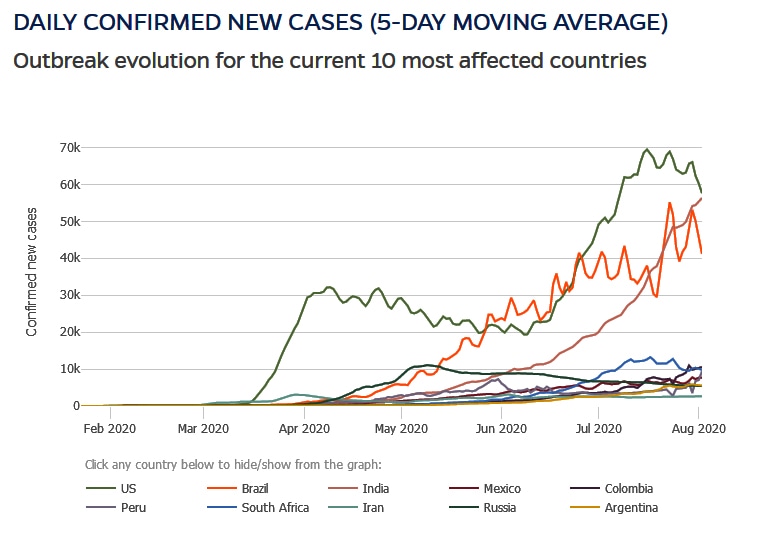 While the U.S. leads in raw numbers of cases, it ranks fourth in frequency behind the U.K, Peru and Chile in cases per 100,000 population. 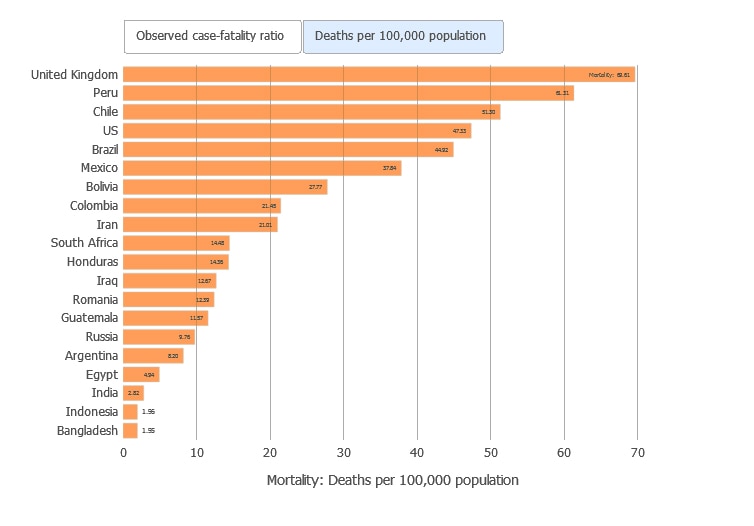 Nationally, most cases are concentrated in the East, Southeast and Southwest.  The following map from Johns Hopkins University uses darker colors to indicate higher incidence of cases.

The latest numbers for Washington state and a map indicating the counties with the highest numbers of confirmed cases is provided below. 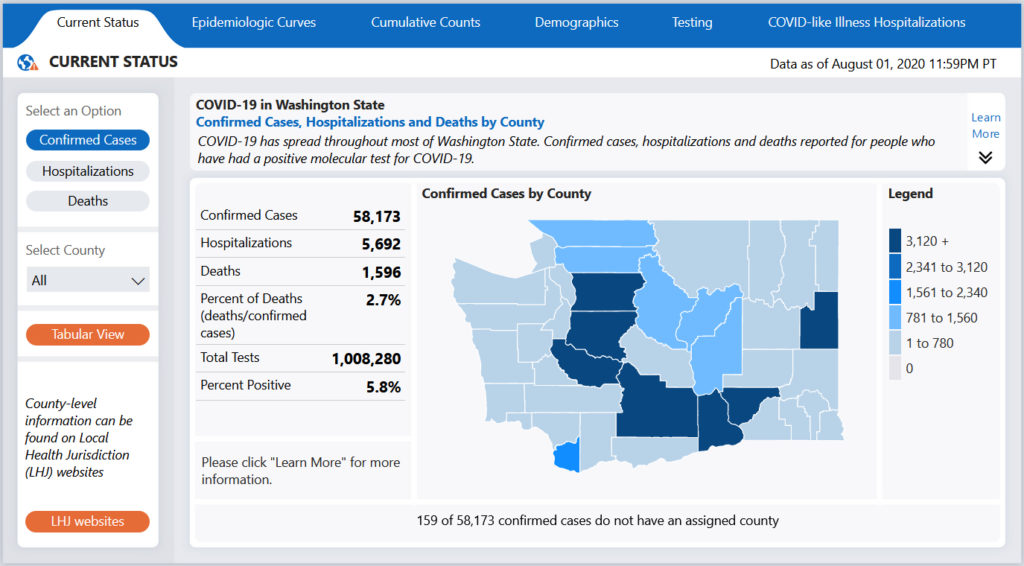 While Washington’s overall numbers remain well above the highs of the initial surge in March, daily new case counts have recently been backing off, coincident with the re-tightening of restrictions and increased emphasis on mask wearing and social distancing. 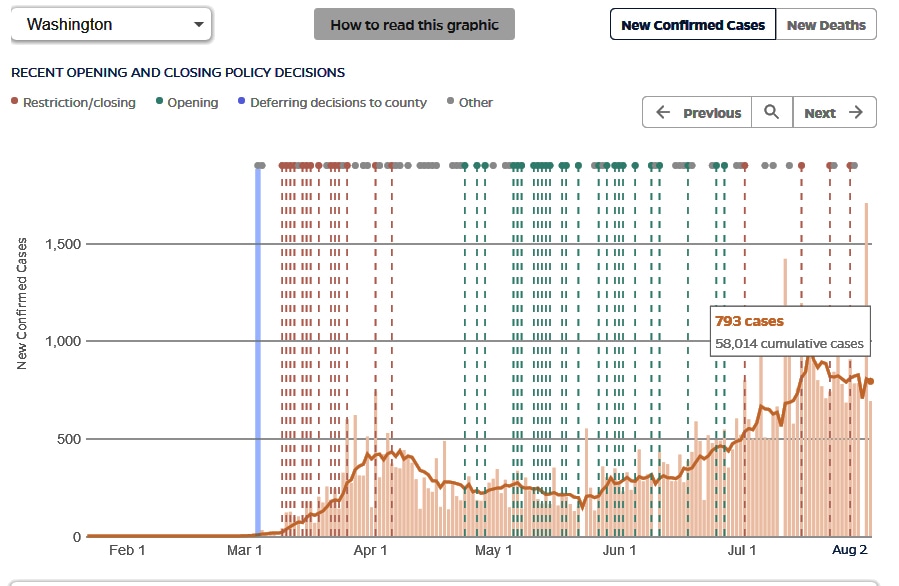 Deaths and hospitalizations have likewise begun to inch up, suggesting that the surge in new cases at the end of July are moving through the progression of the disease and are now showing up in hospitalizations and fatalities. 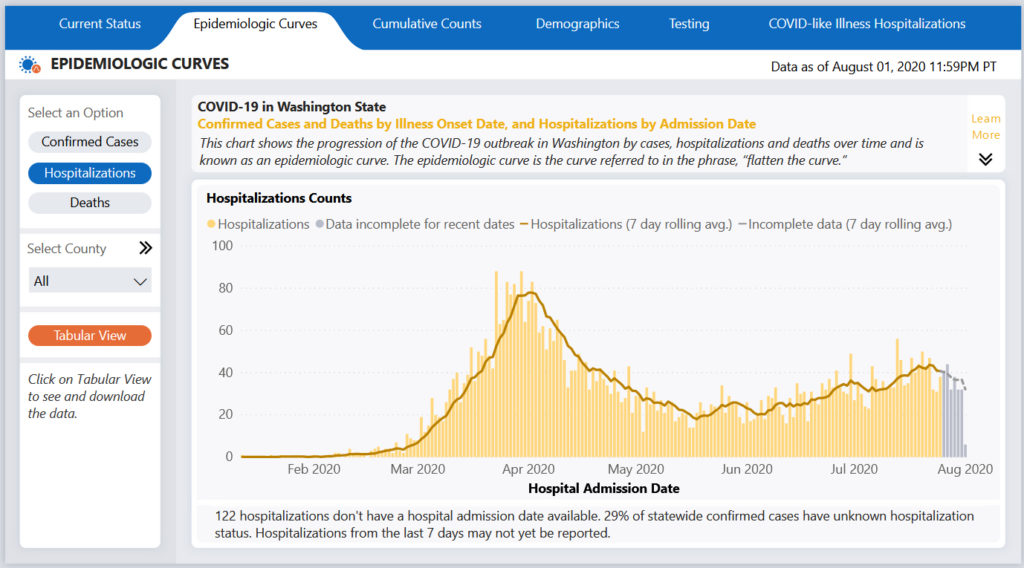 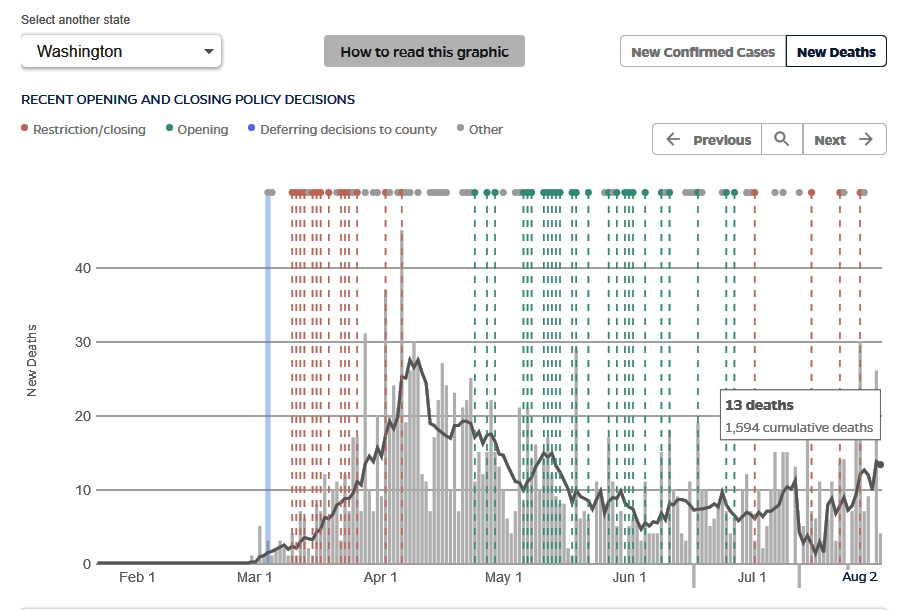 Despite the increasing numbers of cases, all Washington counties remain in one of the various stages of reopening, as the map below illustrates. The most restrictions remain in Chelan, Douglas, Yakima, Benton and Franklin counties, all under modified Phase 1. Note that the state as a whole fails to meet three of the reopening guidelines. 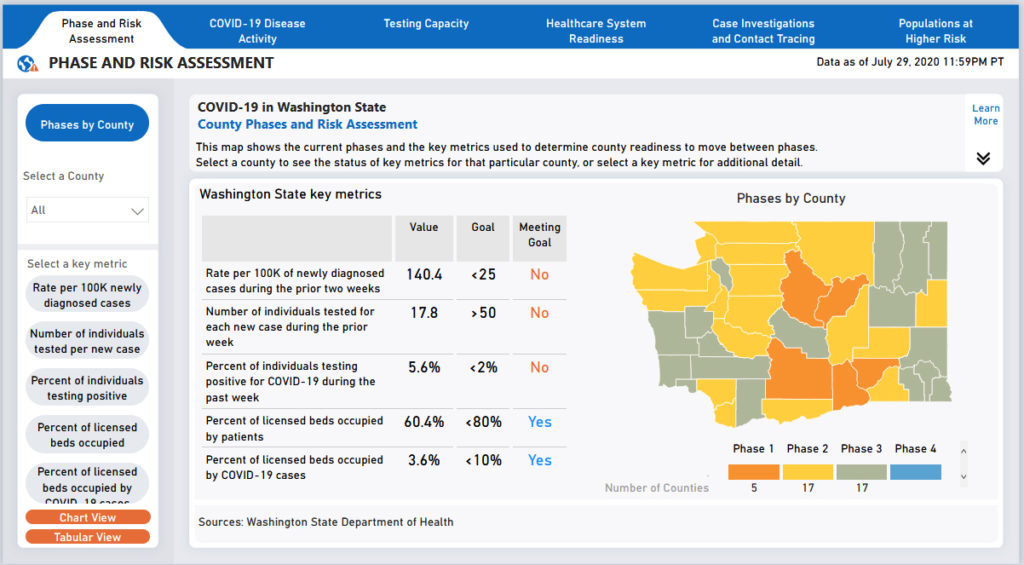 Data, tables, and information for this report come from the following sources: