Incumbents were leading the way in early returns released Tuesday for state legislative races on the primary election ballot. The top two advance to the general election in November.

Here are the results so far:

State Legislative District 21, which includes parts of Lynnwood and Edmonds

State Representative Position 2 incumbent Lillian Ortiz-Self earned 66% of the vote to 31 percent for Amy Schaper and 2% for Willie Russell. 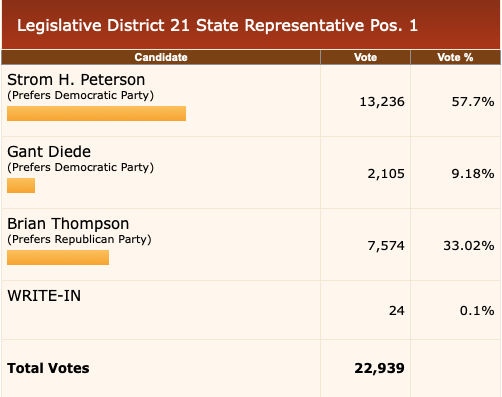 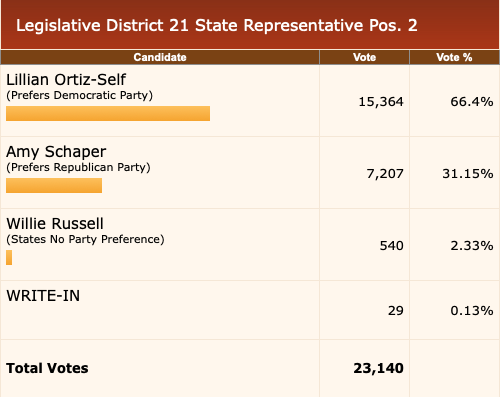 State Representative Position 2 incumbent Lauren Davis earned 73% of the vote to 16 percent for Tamara Smilanich and 10% for Gray Petersen.

You can see full election returns for all races here. The next set of returns will be released at 5 p.m. Aug. 5.