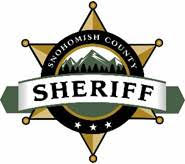 A man known to frequent Snohomish County was arrested Thursday for allegedly dealing and possessing child pornography, following a months-long investigation by the the Snohomish County Sheriff’s Office and the Lynnwood Police Department.

In June, Lynnwood police requested assistance from the violent offender task force in locating the man after establishing probable cause related to the child pornography charges. The man was wanted by the Washington State Department of Corrections for violating conditions of his release.

Over the course of two months, the sheriff’s deputy assigned to the case worked to locate the suspect, who was known to be transient with limited ties to Snohomish County. He frequented the Seattle neighborhoods of Ballard and Fremont and had ties to Alaska as a fisherman.

The arrest Thursday came after the deputy received information that the suspect was in Belltown. The task force immediately responded to Seattle and located the man walking along a sidewalk in Belltown. He was taken into custody without incident.

The man was transported and booked into the Snohomish County Jail for dealing and possession of child pornography, a Department of Corrections warrant and an additional felony warrant out of King County.