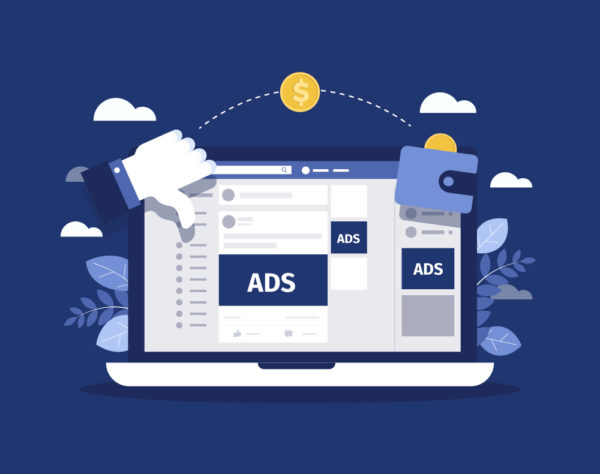 With a global pandemic upon us, and in the midst of the 2020 election and the Black Lives Matter movement, there has never been a greater opportunity to take an painfully honest look at where your advertising dollars are spent, and who/what benefits from receiving them.

The advertising boycott against Facebook is a prime example of this. Major brands — and we mean major — have pulled or significantly cut advertising spending from Facebook – and the fallout continues. This includes the likes of Pepsi, Coca-Cola, Verizon, and even Starbucks. Clorox, Hersheys, Disney, Walmart, and Microsoft are also on the list. We told you it was major…

Are Facebook Ad Revenues Worth Turning a Blind Eye?

We believe the answer to that question is a decided, “no.” In these remarkable times, conscientious business owners must ask themselves if the revenues generated from Facebook advertising dollars are worth turning a blind eye to Facebook’s impotency around hate speak and the perpetration of fake news – both of which have disastrous ramifications for our culture’s social-emotional climate.

That said, the reality that Facebook and Google together account for 60% of the online ad market can be difficult to ignore. We understand that. However, we strongly advise that business owners do rethink what they stand for and back it up with where they spend their advertising budget.

It’s time to put your dollars where your integrity is and follow potential advertising platforms and social media engagement that is in line with your brand’s values.

Business owners with a conscience, and the desire to attract high-quality prospects are aligning with their marketing teams to think outside the box and find new ways to advertise and attract customers.

Your future clients, particularly Millennials, are paying attention. You could actually lose brand traction with up-and-coming generations if your marketing and advertising dollars don’t reflect the values upon which you’ve built your brand.

Choosing where and how to spend your diverted Facebook advertising budget requires an assessment of your various goals, and how they are best promoted or engaged with via your options.

If you are seeking greater branding and visibility, or to gain stronger traction around “who” your brand is and what it stands for, this is a wonderful opportunity to be socially engaged.

If you’re opting to boycott or significantly pull back from Facebook spending, share that loud and clear with your followers across your current social media and communications spectrum. Studies have shown that consumers want companies to be more vocal about social issues.

It has never been important for your network to understand your core values. You may find you’ve scored major bonus points and/or supported others in your network to be more grounded in their own integrity. Don’t forget to ask questions – and listen to others’ input and experiences – rather than just making, “this is where we stand on issue X….” type statements.

Bonus Tip: If you want your brand to be a voice of light, empowerment and positivity, rather than “against”, in a “battle”, or “opposing…”, curate communications so they share what you are for, what you support, and where you are headed. Keep messages and communications in the light rather than the shadows.

Bing has been so underestimated for so long. According to ComScore and their desktop search data, Bing is consistently used by approximately 25% of independent U.S. internet users in any given month. That’s a substantial number of searchers. More specifically, about 66 million people say they only use Bing; another 62 million say they use both Google and Bing.

Even better news: Bing ad campaigns are notably more affordable. It can cost 70% less than Google Ads to advertise on Bing. Plus, you have a chance to be found by previously untapped prospects and leads.

Other fresh and mobile advertising outlets include AdMob, AdColony, TubeMogul, and Airpush.

Are you looking for immediate leads or product sales? Consider Pinterest.

Does the Facebook boycott mean you have to stop using the platform? Of course not, it just means you may want to allocate advertising dollars elsewhere, and work on optimizing marketing across your other social media networks. Instagram is a marketing powerhouse, but it’s also owned by Facebook. So if the goal is to keep ad dollars out of Facebook’s pockets, you can look at other alternatives.

We think that Pinterest is still vastly underused for product marketing. According to Sprout, 71% of global Pinterest users are female. When concentrating on the US, Pinterest reaches 83% of women  ages 25-54. That same group makes 80% of the buying decisions in US households and they are harnessing the power of Pinterest to visualize their future, strategize about their goals and assist them on their purchasing journey.

While women dominate the Pinterest world, platform stats show that dads are turning to Pinterest more than ever. As a matter of fact, 40% of U.S. dads use Pinterest and are using it to research, shop and plan for fatherhood:

Could you use support about how to decide which platforms to advertise on, as well as other options, until Facebook wakes up and smells the social consciousness movement? Contact us here at Kaufer DMC.