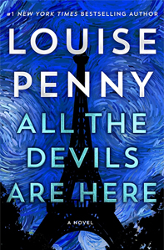 We are so happy to have you back in the store live and in person, and browsing with a purpose!

A quick refresher on Edmonds Bookshop operations: We remain open under Phase 2 guidance, with masks and use of hand sanitizer required for entry; we enforce a limit of about six customers at a time, so we request that you respect social distancing and keep lollygagging and dillydallying to a minimum… as much as possible! Current hours are 10 a.m. – 5 p.m. Monday – Saturday; and noon – 5 p.m. Sundays. We continue to provide curbside pick-up, free local delivery and free shipping to help keep our community safe.

Amongst all the crazy, there is one thing that makes us all so very happy and adds a small, but important feel of normalcy to our book world: There is an amazing list of books being published this fall.

For this column, I have chosen to highlight new books by authors we already love, including many books that are the next in a series that we already love. The book world’s version of comfort food!

Listed in order of publishing date [*all dates are subject to change, especially this year]:

As always, Reacher has no particular place to go, and all the time in the world to get there. In broad daylight Reacher spots a hapless soul walking into an ambush. “It was four against one” … so Reacher intervenes. October 27, 2020. 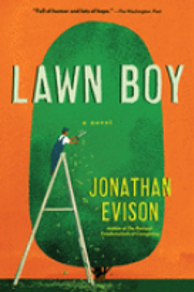 For the foreseeable future we are going virtual with Edmonds Bookshop Book Club via Zoom.

By all accounts, the Zoom book clubs are going quite well — join us this month!

In September we will be discussing “Lawn Boy” by Jonathan Evison.

For Mike Muñoz, life has been a whole lot of waiting for something to happen. Not too many years out of high school and still doing menial work–and just fired from his latest gig as a lawn boy on a landscaping crew–he’s smart enough to know that he’s got to be the one to shake things up if he’s ever going to change his life. But how?

In this funny, biting, touching, and ultimately inspiring novel, bestselling author Jonathan Evison takes the reader into the heart and mind of a young man determined to achieve the American dream of happiness and prosperity–who just so happens to find himself along the way.

Send us an email here to register your email for Book Club and we will send you an invitation with a Zoom Meeting link as each book club meeting is scheduled. [More specific, expansive information on our website.]

Recent book releases of note:
“The Truths We Hold: An American Journey” by Kamala Harris. Paperback.
“The Ballad of Songbirds and Snakes” by Suzanne Collins.  Staff recommended.
“The Vanishing Half” by Brit Bennett.
“The Answer is…Reflections on My Life” by Alex Trebek.
“Malorie: A Bird Box Novel” by Josh Malerman. “Bird Box” is staff recommended,
“The Geometry of Holding Hands: An Isabel Dalhousie Novel #13” by Alexander McCall Smith.
“Mexican Gothic: A Novel” by Silvia Moreno-Garcia.
“The Death of Vivek Oji” by Akwaeke Emezi. The review here.
“Migrations” by Charlotte McConaghy: Chosen for August IndieBound. Review here. Staff recommended.
“The Exiles” by Christina Baker Kline. An epic novel that captures the hardship and hope of a trio of women’s lives in 19th century Australia.  Chosen for September IndieNext.
“The Midnight Sun” by Stephanie Meyer. The tale, as told through Edward’s eyes, takes on a new and decidedly dark twist. Meeting Bella is both the most unnerving and intriguing event he has experienced in all his years as a vampire.
For young readers  ”Rowley Jefferson’s Awesome Friendly Adventure” by Jeff Kinney.
“Tough Love: My Story of the Things Worth Fighting For” by Susan Rice. With a new afterward for the paperback edition.
“Luster” by Raven Leilani. A portrait of a young woman trying to make sense of her life–her hunger, her anger–in a tumultuous era.
“Caste: The Origins of Our Discontents” by Isabel Wilkerson. The Pulitzer Prize-winning author of “The Warmth of Other Suns” examines the unspoken caste system that has shaped America and shows how our lives today are still defined by a hierarchy of human divisions.
“The Starless Sea” by Erin Morgenstern. In paperback.
“Underland: A Deep Time Journey” by Robert MacFarlane. In paperback.
“Vesper Flights” by Helen Macdonald. The author of the phenomenal “H Is for Hawk” takes flight again in this collection.
“Sisters” by Daisy Johnson.  From the Booker Prize finalist, a dark, atmospheric novel that explores the tension of familial closeness and unfolds in a house in near-isolation… and somehow she wrote it before the pandemic.
“Summer:  Seasonal Quartet” by Ali Smith.  “A deeply resonant finale to a work that should come to be recognized as a classic. . . . “–Kirkus Reviews.
“Squeeze Me” by Carl Hiaasen. A hilarious new novel of social and political intrigue, set against the glittering backdrop of Florida’s gold coast. Irreverent, ingenious, and highly entertaining, this new novel perfectly captures the absurdity of our times.

Some more books of note being released in September:

“The Quiet Americans: Four CIA Spies at the Dawn of the Cold War–A Tragedy in Three Acts” by Scott Anderson. A gripping history of the early years of the Cold War, the CIA’s covert battles against communism, and the tragic consequences which still affect America and the world today. September 1, 2020.

“The Testaments” by Margaret Atwood. In paperback.  Staff recommended. September 1, 2020.

“The World That We Knew” by Alice Hoffman. In paperback.  Staff recommended. September 1, 2020.

“Nothing to See Here” by Kevin Wilson. In paperback.  Staff recommended. September 1, 2020.

“The Night Portrait: A Novel of World War II and Da Vinci’s Italy” by Laura Morelli. In paperback. September 8, 2020.
“Disloyal: A Memoir: The True Story of the Former Personal Attorney to President Donald J. Trump” by Michael Cohen.  Once Donald Trump’s fiercest surrogate, closest confidant, and staunchest defender, Michael Cohenknows where the skeletons are buried. This book almost didn’t see the light of day as government officials tried to bar its publication. September 8, 2020.
“Eat a Peach: A Memoir” by David Chang. The chef behind Momofuku and star of Netflix’s Ugly Delicious shares an intimate account of the making of a chef, the story of the modern restaurant world that he helped shape, and how he discovered that success can be much harder to understand than failure. Chosen for September IndieNext.September 8, 2020.
“What Are You Going Through” by Sigrid Nunez.  This follow up to her National Book Award–winning “The Friend” is another novel about death and women’s friendship, this one involving euthanasia. September 8, 2020.
“The Book of Two Ways” by Jodi Picoult. A riveting novel about the choices that alter the course of our lives. September 22, 2020.
“The Midnight Library” by Matt Haig. Between life and death there is a library, and within that library, the shelves go on forever. Every book provides a chance to try another life you could have lived. To see how things would be if you had made other choices… Would you have done anything different, if you had the chance to undo your regrets? September 29, 2020.
“Just Like You” by Nick Hornby. This warm, wise, highly entertaining twenty-first century love story is about what happens when the person who makes you happiest is someone you never expected. September 29, 2020.
“Whale Day: And Other Poems” by Billy Collins. His thirteenth collection contains more than fifty new poems that showcase the playfulness, wit, and wisdom that have made him one of our most celebrated and widely read poets. September 29, 2020.

Stay safe. Do your best to stay sane. And as always: Happy reading