Save live music during Save Tim’s Fest Oct. 17

Just a little south of us is a small tavern that, before COVID-19, hosted seven nights a week of live music. Highlighting everything from big-name bands to independent songwriters just getting started, Tim’s Tavern has provided a venue for musicians and those who enjoy live music for a very long time. Like other venues who have been affected by the closures and shutdown of live music, Tim’s Tavern has struggled for the last nine months.

Many venues across the U.S. have already shutdown. A recent article on Billboard gave a somber list of live music venues that have had to close. Trying to avoid a similar fate, Tim’s Tavern has rallied local musicians to put on a virtual festival to save the much loved establishment. Their request for submissions was highlighted on a local site and over 50 musicians responded by creating content for the event.

The event to save North Seattle’s premier live music venue takes place starting at 2 p.m. this Saturday, Oct. 17. It is a live-streaming event featuring local artists and special guest appearances. You can donate directly to their site, buy merchandise or watch the event — all in the name of saving live music! Click here to learn more. 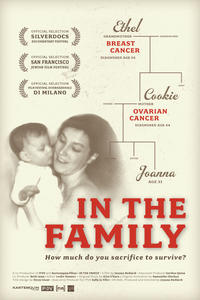 After a disruption in March of this year due to COVID-19 restrictions, the Edmonds Diversity Commission is launching its fourth season of the Diversity Film Series this month, with the first free screening on Monday, Oct. 19 at 7 p.m. The Oct. 19 film is In the Family, and it can be accessed via Zoom at https://zoom.us/j/99192257514?pwd=OFNOZmtwRUpUR28vcEdSU21wMWM3dz09

About the film: Beginning with her story of testing positive for the familial breast cancer mutation (BRCA), filmmaker Joanna Rudnick chronicles the lives of several women currently undergoing the process of genetic testing — following them from their decision to seek testing, through the testing process, and onto the aftermath as they come to terms with the information they receive. Watch the trailer at vimeo.com/39773430. 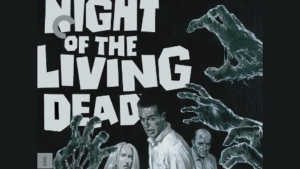 On Oct. 23-24, the Phoenix Theater will be offering a free screening of the horror classic Night of the Living Dead by icon George A Romero. Donations are greatly appreciated and the maximum seating is 24 people for each evening. RSVP by emailing PhoenixTheatreInfo@gmail.com and letting them know how many are in your group (maximum group size of five.)

Like other venues, Phoenix Theatre is facing the possibility of losing their space in the coming months. There are many ways to support the theatre and direct donations are being taken now — all amounts are appreciated.

The Cascade Symphony Orchestra (CSO) will be offering its loyal patrons and the chamber music-loving community a “Virtual Opening Night” concert on Monday, Oct. 26, starting at 7:30 p.m.

The online performance replaces the first of two remaining 2020 concerts – cancelled due to the pandemic – that would have been held at the CSO’s regular venue, the Edmonds Center for the Arts.

The virtual concert is being presented free of charge, thanks to the generosity of the orchestra’s donors, to help satisfy the public’s appetite for symphony entertainment. Donations can be made by visiting cascadesymphony.org/donate/.

The symphony’s music director Michael Miropolsky will curate this and future online events.

“Since “normal” live concerts are not possible at this time, concert organizations all over the world are working to find new ways to continue making and sharing music,” Miropolsky said. “The majority are making digital content available to their patrons for streaming. For now, we find it is the only way as well, though our streaming will differ from what other orchestras are doing. We wanted to surprise you.”

“We’re excited to share chamber music performances by our musicians, video recordings from treasured past performances, and music from our guest soloists, pianists August Baik and Nicole Wang,” said Rose Gear, CSO executive director, in describing the Oct. 26 concert offerings. “We feel very fortunate to have August and Nicole perform, as they were the originally scheduled “Opening Night” soloists before the concert became virtual due to the pandemic.”

The public can join this event by visiting either of two online sites. One is via the CSO’s website at cascadesymphony.org/virtual. The other link is on the CSO’s YouTube channel. After the virtual concert is streamed on Oct. 26, it will remain available for on-demand public viewing via these same links.

More information about the Cascade Symphony Orchestra can be found online at www.cascadesymphony.org. Additional virtual events and schedule updates will be posted on the website when they are available. 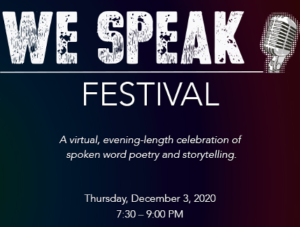 Edmonds Center for the Arts is presenting the first-ever WE SPEAK Festival. It’s a virtual evening-length event full of spoken word poetry and storytelling. Starting at 7:30 p.m. Thursday, Dec. 3, there will be an evening of performances where artists are invited to respond to issues including (but not limited to) the global health crisis, Black Lives Matter and the racial justice movement, and experiences of disability, Indigenous, and LGBTQ+ communities. Tickets for the event are pay what you can; click here to purchase