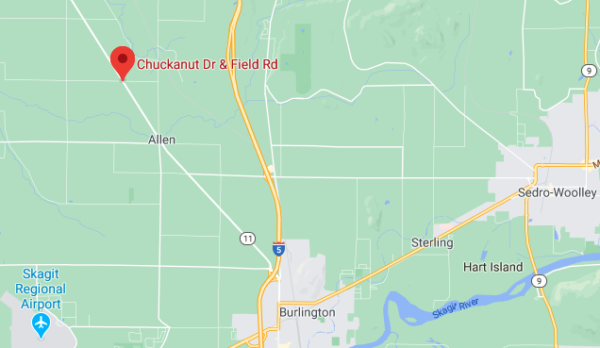 An Edmonds woman was injured Friday night in a fatal collision at the intersection of Field Road and Chuckanut Drive, just outside the town of Allen, the Washington State Patrol said.

Bethany Moore, 19, of Edmonds was a passenger in a pickup truck driven by Joseph Cooper, 21, also of Edmonds. Cooper was uninjured in the crash. Moore was transported to Skagit Valley Hospital for treatment.

According to the state patrol, Cooper was driving northbound on Chuckanut Drive, about a mile north of Allen, just before 9 p.m. Friday when his 1997 Dodge Dakota was struck by a 2008 Toyota Yaris. The driver of the Yaris, a 23-year-old Concrete woman, had run a stop sign at Field Road and Chuckanut Drive, the patrol said. She was also transported to Skagit Valley Hospital, where she died.

Both vehicles involved in the collision were totaled, the state patrol said.