This year is a little different for everyone, but imagine what it is like for those whose passion is musical theater and have a performance to do? As they say, the show must go on!

I checked in with Edmonds’ own Dorothy Rosenthal Pierce about the upcoming show schedule for Edmonds Heights — which draws K-12 students from across the Edmonds School District — how she feels about the challenges faced with putting together virtual performances. Dorothy is an industry veteran, starting her acting career 49 years ago and teaching since 2002. For the last five years Dorothy has dedicated her teaching to Edmonds Heights, working with students from kindergarten through 12th grade.

Even with her heavy teaching schedule Dorothy has continued acting, performing in the Leavenworth Summer Theater in the summer of 2019 and playing Scrooge in Scrooge in Rouge last holiday season, a production that was meant to continue annually but has been put on hold this year.

When asked about how things are different with virtual performances, Dorothy shared that the biggest shift is in changing people’s expectations. From how rehearsals will go, to what productions will be chosen, to how it will be produced and put together, and then what it will feel like to watch the performance when it is debuted. The most interesting change that came about when she had to shift to virtual performances last spring was the actors getting to experience opening night watching themselves. It is a unique experience having the kids work hard all semester on their lines and delivery, record themselves and then they must wait a few weeks while the hard work of compiling all the videos is done. After all of that, they get to see the final product the first time with the audience.

There are four total productions that are combined into three performances. Each production was chosen based on its ability to allow students to individually record themselves and to allow for the virtual format to showcase the student’s performances. The first show of the season is Super Happy Awesome News with 21 students in the production consisting of fourth through eighth graders. Following that is the school premiere of the Tale of Miss Beatrix Potter, performed by the kindergarten through third-grade kids, a total of 16 kids in the cast. That performance is combined with 11 students, ranging from first to fifth grade, putting on a production of the various writings of Dr. Seuss.

The semester culminates with the high school students, combining seventh through 12th grades in a full-length musical. This was a giant undertaking, with 21 students and over 50 hours of video to create two hours of musical.

At a time where many kids are depressed and struggling with isolation, the opportunity to be part of something bigger than themselves, of being part of a team even from afar, is important. You can see this with their sense of accomplishment after opening night and their excitement to do it all over again the next semester.

The productions are family-friendly, with subject matter appropriate for the age group that is performing. Ticket sales for the productions are the main contributor to funding this year as the typical fundraisers have not been able to continue during the pandemic. Ticket sales help pay for costumes, hired help, bringing in speakers for the kids and more. The show with the youngest actors is free but there are options to donate to support the program.

Please come see the hard work the students have put in this semester and enjoy a few evenings of theater from the comfort of your chosen device. The performances are uplifting and entertaining, a fun night for all. 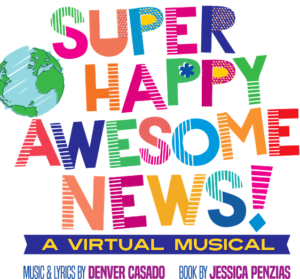 Super Happy Awesome News! A story about two siblings who launch rivaling good news networks and compete for the title of happiest news show. But then vulnerability starts peeking through the façade and they start to wonder if raw honesty can find its way into the super happy news. A very uplifting and relatable production for all ages to enjoy. Performed by Young Artists (fourth- through eighth-grade students.) Approximate running time 45 minutes. Saturday, Dec. 12 at 7 p.m. and Sunday, Dec. 13 at 2 p.m. 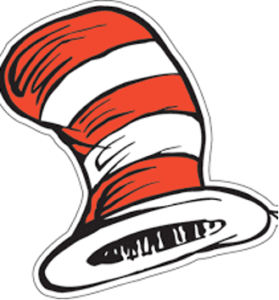 Two performances in one show! The Tale of Miss Beatrix Potter by First Stages (kindergarten through third graders) and Scenes from Seuss by the Let’s Do a Play call (first through fifth graders). Each show is 25 minutes and there is a short intermission between, total running time is approximately one hour. Performance is Tuesday, Dec. 15 at 6:30 p.m. 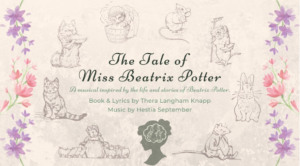 The Tale of Miss Beatrix Potter tells the story of one of the world’s most-beloved children’s authors and how her books came to be. A whimsical musical traveling between reality and fantasy. A positive message of achievement and the importance of good friends and holding onto your dreams. 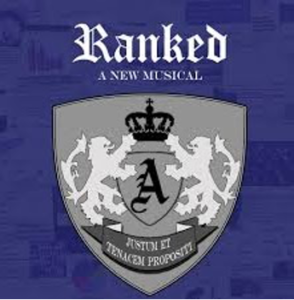 The final show of the season is a musical put on by the Advanced Musical Theater (grades 9-12) and the Developing Artists (grades 7-12) The production, Ranked, A Musical, is approximately 1.5 hours and will be streamed Friday, Jan. 8 at 7 p.m., Saturday, Jan. 9 at 7 p.m. and Sunday, Jan. 10 at 2 p.m. Ranked tells a story of a dystopian world where competition for college admissions reaches new heights. A futuristic look at what life would be like if at an early age your future was determined based on academics. A gripping tale that explores topics of inequality. Buy tickets here.

All upcoming performances will be live-streamed only. Attendees will purchase ticket and ticket sales will support this and future productions