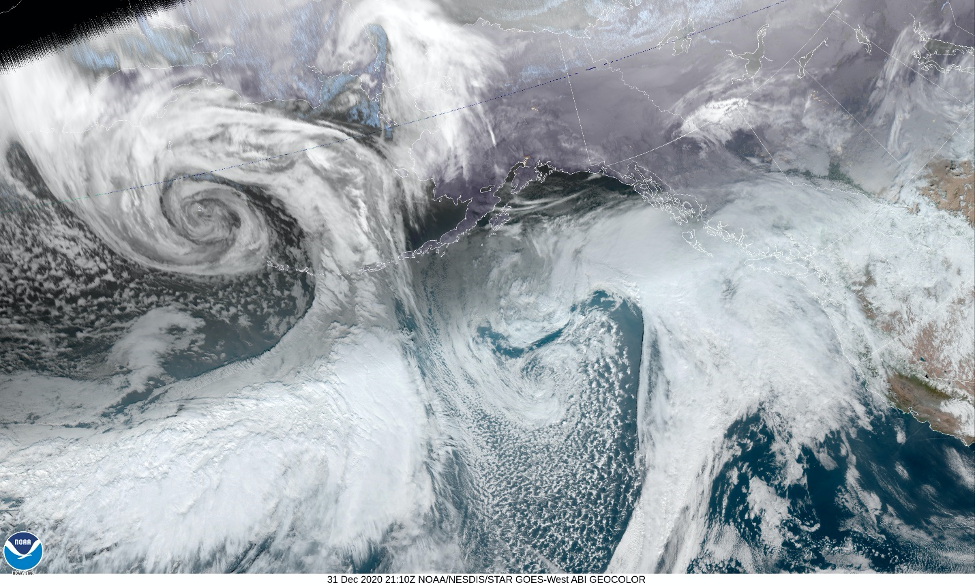 Well, everybody, we finally did it. We made it through 2020. A lot has happened this year, but I hope that everyone is able to find something to be grateful for as we head into the new year.

In terms of precipitation, Paine Field wraps up the year just slightly above average, with the normal yearly total at 36.05 inches. In fact, the yearly total is the highest amount we have seen since 2016. In 2019, we had a mere 24.24 inches of rainfall.

We are looking to get a head start for precipitation as we begin the new year, with a series of systems on tap that will bring rain and wind to the area.

We waste no time getting started, with the first of these systems arriving on New Year’s Day. Notice the nice mid-latitude cyclone over the eastern Pacific in the visible satellite image above. This storm will bring some breezy conditions, with winds potentially gusting over 20 mph. Rain totals should not be anything too significant, with between a quarter-inch and half-inch expected.

The next storm is expected to pack more of a punch than the first one. There is the chance for it to bring more significant winds—with gusts potentially greater than 40 mph—as well as greater precipitation totals. This one is due to arrive on Saturday. Take a look at what both the European and GFS ensembles are showing for 24-hour precipitation totals. 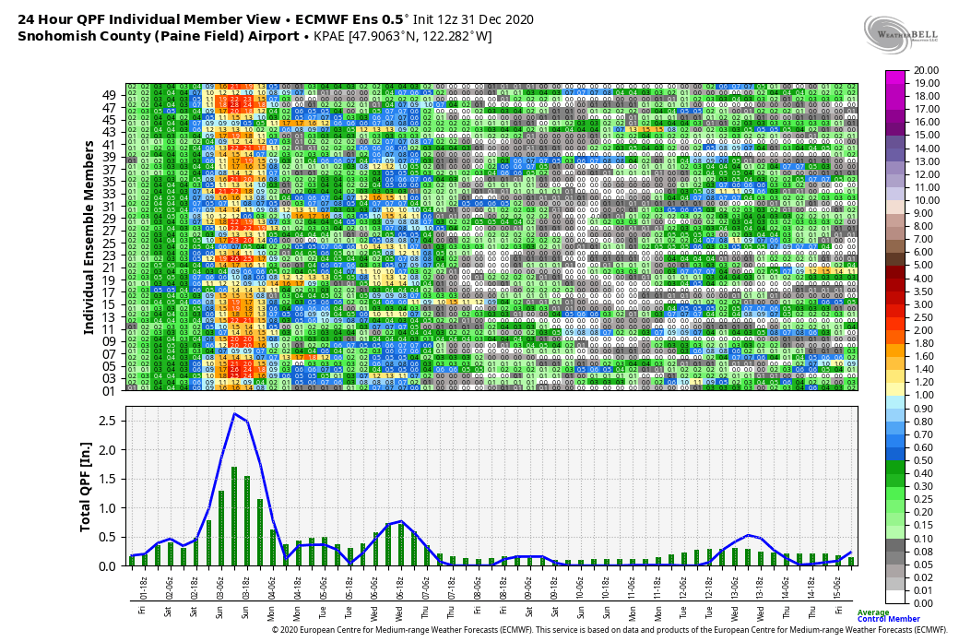 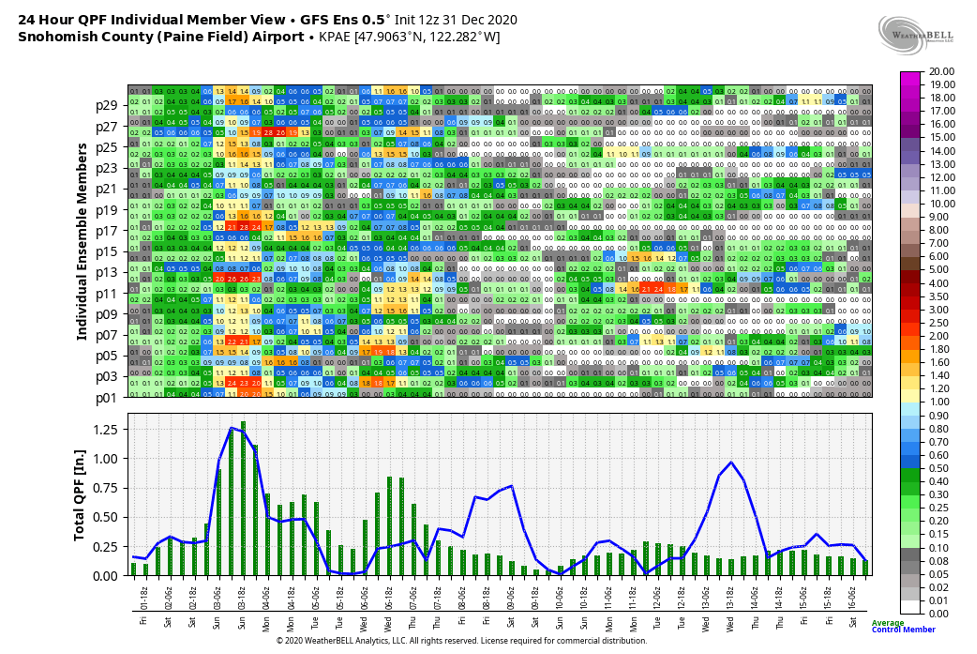 Both ensembles show a spike from Saturday into Sunday, suggesting that we could see some more impressive rainfall totals with this storm. At this time, we could see over an inch of additional rainfall with the second storm. By the time the rain eases later in the day Sunday, a couple inches of rain could have fallen over the region for the first weekend of 2021. This could lead to some urban flooding and river level rises, so keep that in mind if you live in any flood-prone areas.

The first full week of 2021 looks to continue the wet streak, but it is too far away to nail down any specifics of these additional storms at this time. The rainy days should not be too much of a surprise at this time of the year—it is, after all, winter in the Pacific Northwest. 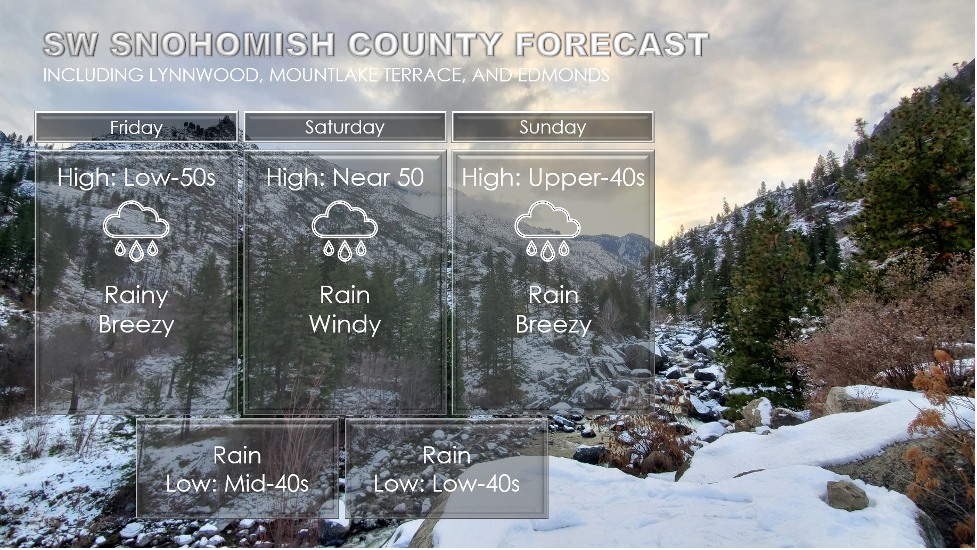