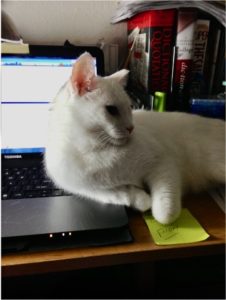 Happy New Year. Hopefully you’ve adjusted to the new normal, found your rhythm, and are able to write again. Below are some uncommon tips I use when the words won’t flow.

In order for a story to captivate your audience the stakes must be high. Everyone has secrets, and you’ll find plenty of high-stake ideas from other people’s secrets. On PostSecret, people anonymously mail-in their written confessions on a postcard, and selected secrets are posted on the web page. Many of the secrets shared are heartbreaking, yet also demonstrate resilience. For example, “I am so poor that when I’m driving, I actually look for places that would be good to live in if I ever became homeless. I have chosen six different spots.” Other great sources for ideas are Humans of New York, Story Corps, and Subway Therapy. All of these projects have books associated with them.

Plenty of awful books get published every year, and some make the bestseller’s list. As a former English teacher, I cringe when I read terrible sentences with overused adverbs and adjectives, but the average reader is more forgiving. What they seek is story. Read and study the structure of that wretched book to discover why millions of people think it’s a hit.

DVDs and some streaming services often include deleted scenes. Watch these and listen to the director’s commentary. You’ll gain insight on why the filmmaker cut the story. These scenes may be perfectly well executed, but there are good reasons to cut them. If a scene functions as window dressing, is repeated better in another place in the film, or doesn’t move the story forward, it’s removed. Film directors have a time clock, and they need to be cognizant of anything that slows the story’s trajectory or adds unnecessary time.

I also recommend after watching a film to go back and re-watch it with the director’s comments throughout.

Find a group of other writers who will ignore you

Back when we could still hang out in coffee shops, I wrote two of my novels in the company of other writers. We didn’t share pages or critique; we just wrote. There’s an ineffable energy transfer between people working alone together that enhances productivity. It may be subconscious competition, such as in art classes in high school

Since we’re unable to meet in person, try an online write-in group such as ones available through Meetup.

In the same way your body needs a day off from exercise, your brain also requires time off to recharge and focus. This is a good time to explore other activities such as hiking, cooking or other pursuits not directly linked to writing. I often do binge cleaning when I’m stuck. Technically you may not be sitting behind the keyboard or scrawling in a notebook, but that time off resets your brain, so when you revisit your current work it’s with new eyes and energy. Don’t take too long of a recess, though. The books and stories won’t write themselves. 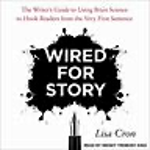 I hope 2021 is a happy and productive year for you. A good writing book to start the year with is Wired for Story by Lisa Cron. available at the Edmonds Bookshop. 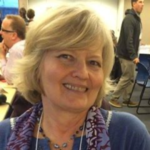 Laura Moe is the author of three novels and is currently President of Development at Edmonds based EPIC Group Writers. Her fourth novel, The Blue Whale of Summer, will be released in 2021.