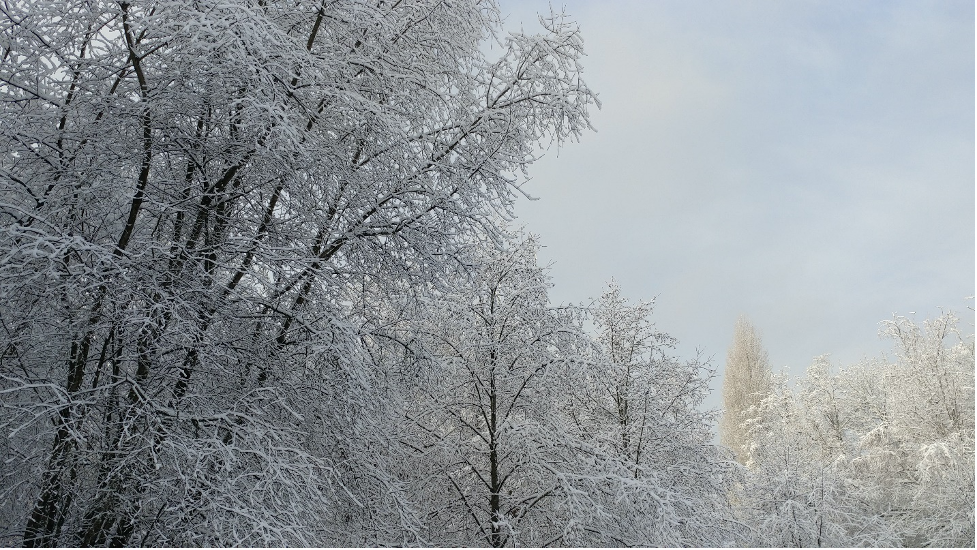 The sight of that four-letter word tends to bring either excitement or dread to those here in the Pacific Northwest. Let’s face it: Snow can be a huge disruption to our daily lives. February 2019 was an excellent example of that. Because of the impact it can have, people pay a little extra attention to the forecast when that little snowflake icon shows up on their weather apps.

Unfortunately, forecasting snow in our area is no easy task. This is mostly due to how complex it is to get snow here in the first place and how models can struggle in predicting it.

To get snow, we need to be cold enough, in addition to having moisture in place. Sounds simple enough, right? Not so much.

We are no strangers to moisture in our area, but due to the fact that most of our storms come from over the relatively warm Pacific Ocean, the temperatures tend to be on the milder side In a previous article, I mentioned how water is a better insulator of heat than land, which is why storms coming in from over the ocean tend to have warmer temperatures.

On the other hand, when we get very cold temperatures, we oftentimes lack the moisture needed for snowfall. A big reason for this is that colder air can’t hold as much moisture as warm air can.

The majority of the time, in order for our area to see widespread and meaningful snow, we need to have cooler air in place (which usually comes from Canada) ahead of an incoming storm system that brings the moisture.

So, what about the upcoming potential snow event? 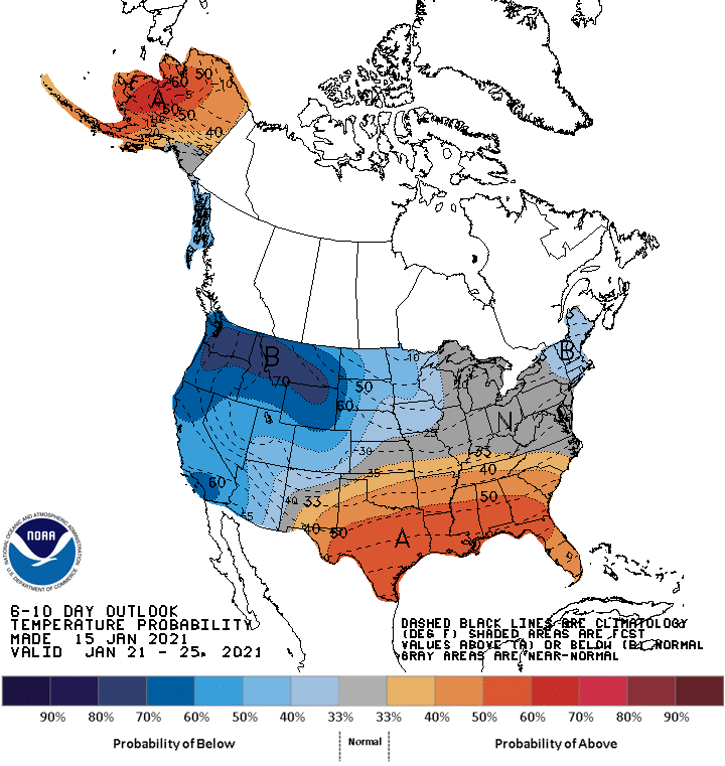 Though this was initiated on Jan. 15, there was a pretty high confidence of below-average temperatures over the Pacific Northwest. Even though temperatures look to be cooler than average, at this point, the air is not quite looking cold enough when moisture is in place for a significant snow event. More on that in a moment.

Below is your forecast summary for the weekend. 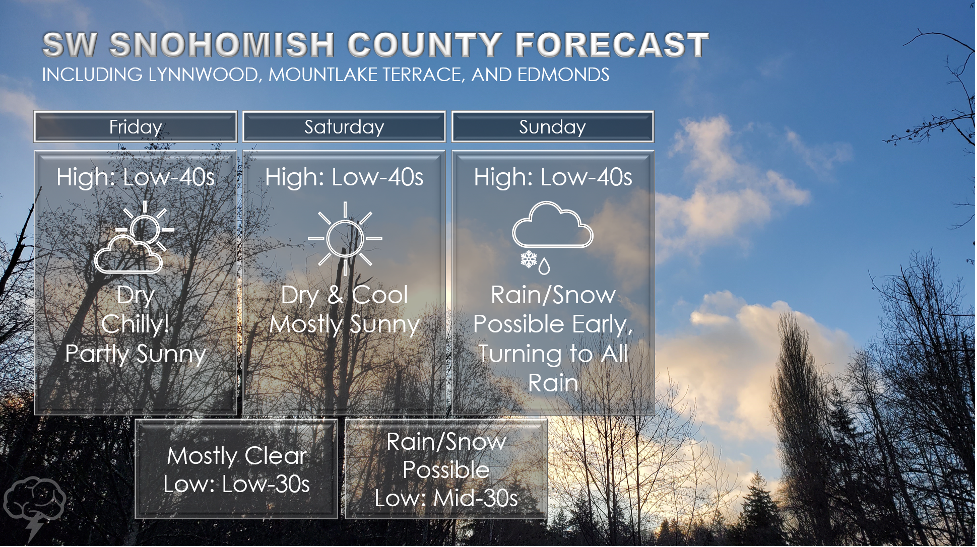 Both Friday and Saturday look to be quite nice (especially Saturday), but chilly. High temperatures are looking to just barely climb into the 40s for both days. I want to draw attention to one thing here: Notice how low the temperatures are expected to drop Friday night into Saturday. This is mostly due to the fact that clear skies are expected, allowing heat to escape our atmosphere (clouds trap heat). It would likely be cold enough to snow with temperatures like that, but there are no clouds! This is an example of us getting cold enough, but lacking the moisture needed for snow. Regardless, it’s going to be a cold one—you will definitely want to bundle up if you need to be out and about Saturday morning. You will also want to pay extra attention for potentially icy surfaces.

Things begin to get interesting Saturday night, with the next system hitting the area. This is the first chance for some snowflakes to fall over our region — but notice how low temperatures are not expected to fall below freezing overnight at this time. This doesn’t mean that it’s impossible to see some snowflakes falling, but it will make it challenging for any snow that does fall to stick. As a result, little or no accumulations are expected Saturday night into Sunday morning. If there is some mixed snow/rain overnight (we could just see cold rain), it is expected to turn to all rain by late morning on Sunday.

As you can see, at this point, the coldest temperatures (and lowest snow levels) don’t line up with the timing of the moisture, which is why an impactful snow event is not expected at this time. However, as with any forecast — especially a snow forecast — there is still time for things to change. In addition, another shot at lowland snow is possible by the middle of next week. It is important to pay attention to the forecast as we get closer to both potential events. The Seattle office of the National Weather Service does a great job in giving updates to the public, which you can find here.

In the meantime, enjoy the sunny (albeit cold) days this weekend. Stay warm out there!

One Reply to “Under the Weather: Cooler temperatures ahead with a possibility of lowland snow”