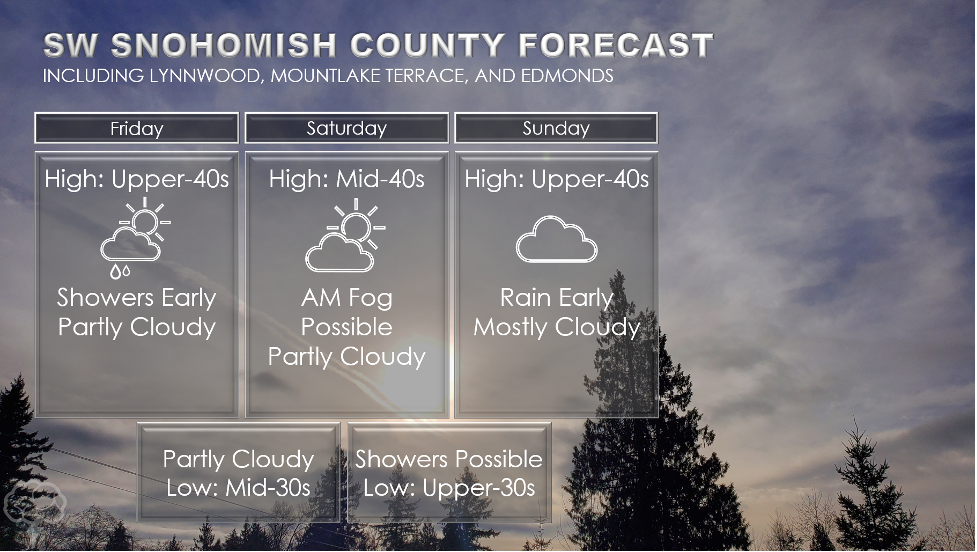 We are already a week into 2021, and what a soggy start to the year it’s been! I love the rain, and even I was starting to think it was a little much. If you were thinking the same thing, you are not wrong—it has rained a lot. Let’s take a look at the numbers.

Through the first six days of the month (and obviously of the year), we have already registered a whopping 3.43 inches of rainfall at Paine Field. We saw over an inch of rain on Jan. 2 alone (1.45 inches, to be exact), and nearly another inch on Jan. 4 (0.94 inches). This is the highest amount of measured rainfall for the first six days of January on the available record for Paine Field. The normal amount for this time span is 0.85 inches, so we are at over four times the normal amount.

If you are sick of the rain, then overall, the weekend forecast should be a breath of fresh air for you. We are expecting a couple systems that could bring us some rainfall over the weekend, but these are nowhere near the caliber of the storms we have seen this past week.

The first arrives early Friday, bringing some rain and potentially breezy conditions. However, we could experience some clearing later in the day, meaning we could actually see that mysterious glowing orb in the sky—also known as the sun.

Saturday looks to be the nicest day of the week, with an upper ridge of high pressure expected over the region, as illustrated with the UW WRF-GFS model below. 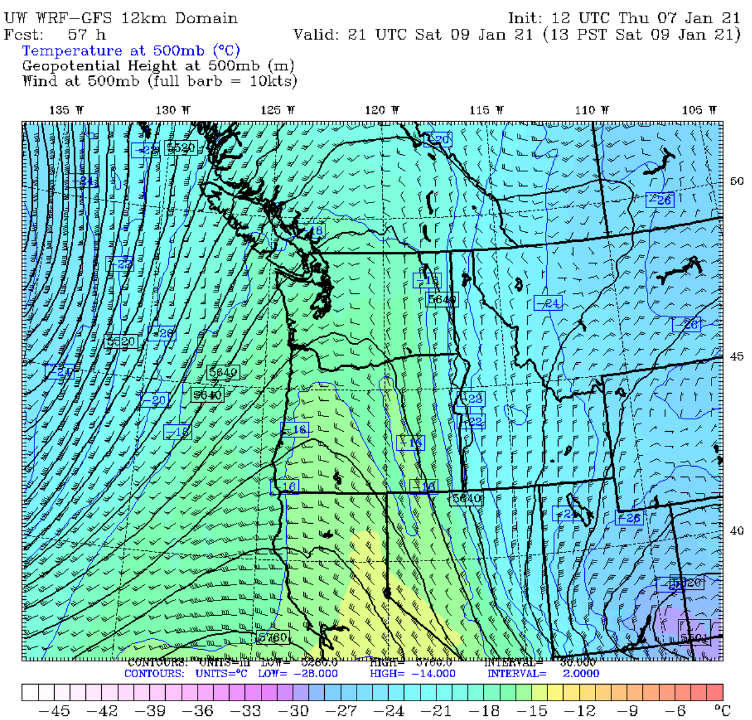 The combination of high pressure and wet weather in the past week creates conditions conducive for fog formation in the region Friday night into Saturday morning. If you are out and about in an area of fog, make sure to take necessary precautions, especially while driving. Any fog that forms should clear out of the area by the afternoon, paving the way for a nice Saturday.

The second system of the weekend arrives overnight Saturday into Sunday morning. Again, light rainfall totals are expected, primarily in the overnight hours. Clouds are expected to stick around during the day, but we could see the sun peak out at times.

I would take advantage of the dry moments this weekend because wet weather looks to return for the first half of the week. There is the possibility of a more potent storm hitting the region on Tuesday, bringing more wind and rain. There is still time for things to change, but it is something to keep an eye on as we head into the second week of the year.

2 Replies to “Under the Weather: Relatively calm weather this weekend after abnormally wet start to 2021”