It only takes six minutes of reading to lower your blood pressure. For your consideration, we present all kinds of short stuff: stories, novellas, essays and poems, some of which we recommended during our staff Zoom event last month. Which you may watch on our Facebook page any time, here! Alphabetical by author. Enjoy.

By all accounts, it’s going pretty well, join us! 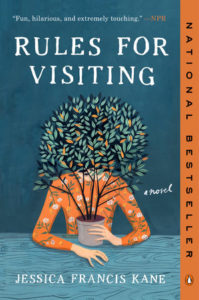 Smart, funny, and full of compassion, this is the story of a search for friendship in the digital age, a singular look at the way we stay in touch. With simplicity and honesty, Jessica Francis Kane has crafted an exquisite story about a woman trying to find a new way to be in the world. This nourishing book, with its beautiful contemplation of travel, trees, family, and friendship, is the perfect antidote to our chaotic times.

Send us an email here to register your email for Book Club and we will send you an invitation with a Zoom Meeting link as each book club meeting is scheduled. [More specific, expansive information on our website, here.]

Link to our Bookclub list for the first few months of 2021. Here. 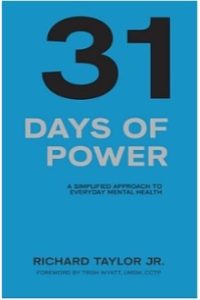 Richard Taylor, Jr., brings us “31 Days of Power: A Simplified Approach To Everyday Mental Health.” In his new book, Richard brings light to so many conversations around mental health; some common, some seemingly unique; and gives practical approaches the reader can utilize in his or her daily living. This is a great tool for those who are trying to break the stigma, those who want to gain a greater understanding of mental health, and those who need a fresh start to get back up and fight for personal better mental health.

More information about the event and to order his book on our website here.

“The Four Winds” by Kristin Hannah. An epic novel of love and heroism and hope, set against the backdrop of one of America’s most defining eras–the Great Depression.  Chosen for February IndieNext

“The Survivors: A Novel” by Jane Harper. A body washes up on the beach in a small coastal Australian town where deeply buried secrets are dredged up. Chosen for February IndieNext.

“Girl A” by Abigail Dean. A propulsive and psychologically immersive novel about a young girl who escapes captivity–but not the secrets that shadow the rest of her life.

“Blowout: Corrupted Democracy, Rogue State Russia, and the Richest, Most Destructive Industry on Earth” by Rachel Maddow. Now in paperback.

“Apeirogon: A Novel” by Colum McCann. Now in paperback.

“A Bright Ray of Darkness” by Ethan Hawke. The first novel in nearly twenty years from the acclaimed actor/writer/director is a book about art and love, fame and heartbreak. Interview on npr.

“Between Two Kingdoms” by Suleika Jaouad. A searing, deeply moving memoir of illness and recovery that traces one young woman’s journey from diagnosis to remission and, ultimately, a road trip of healing and self-discovery.

“The Witch’s Heart” by Genevieve Gornichec. When a banished witch falls in love with the legendary trickster Loki, she risks the wrath of the gods in this fierce, subversive debut novel that reimagines Norse myth.

“The Burning Girls” by C. J. Tudor. Rarely have the secrets of an English village been used to greater effect than in this tautly suspenseful mystery from Thriller Award-winner Tudor. . . . The tension become[s] nearly unbearable. Tudor expertly doles out the plot twists . . . –Publishers Weekly.

“How to Avoid a Climate Disaster” by Bill Gates. In this urgent, authoritative book, Gates sets out a wide-ranging, practical–and accessible–plan for how the world can get to zero greenhouse gas emissions in time to avoid a climate catastrophe.

“No One Is Talking About This: A Novel” by Patricia Lockwood. Genre-bending and entirely original from the author of staff recommended memoir

“Priestdaddy,” this is a bizarre (yet still familiar) novel about being entrenched in the digital world. Staff recommended.

“The Echo Wife” by Sarah Gailey. A trippy domestic thriller which takes the extramarital affair trope in some intriguingly weird new directions.

“The Desolations of Devil’s Acre” by Ransom Riggs. The fate of peculiardom hangs in the balance in this epic conclusion to the bestselling Miss Peregrine’s Peculiar Children series.

Some books of note being released in March: 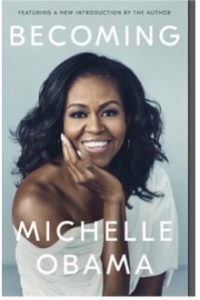 “Hidden Valley Road: Inside the Mind of an American Family” by Robert Kolker. Now in paperback. March 2, 2021.

“We Begin at the End: A Novel” by Chris Whitaker. Right. Wrong. Life is lived somewhere in between. Chosen for IndieNext. March 2, 2021

“The Committed” by Viet Thanh Nguyen. A sequel to Nguyen’s Pulitzer Prize-winning novel “The Sympathizer,” this new book follows the main character — an unnamed, conflicted spy — as he arrives in 1980s Paris with his brother.  Chosen for IndieNext.  March 2, 2021. 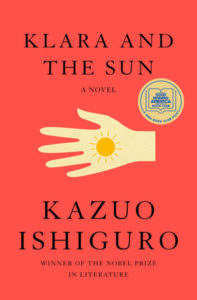 “Klara and the Sun: A Novel” by Kazuo Ishiguro. A radiant new novel about the bond between Klara, an Artificial Friend, and Josie, her human companion. Chosen for IndieNext. Staff recommended. Great review on npr. March 2, 2021.

“The Soul of a Woman” by Isabel Allende. From the bestselling author of ”A Long Petal of the Sea” comes a passionate and inspiring meditation on what it means to be a woman. March 2, 2021.

“Dusk, Night, Dawn: On Revival and Courage” by Anne Lamott. An inspiring guide to restoring hope and joy in our lives.  March 2, 2021.

For teen readers  “Games of Deception” by Andrew Maraniss. This is nonfiction written like fiction, and tells the fascinating story of the first American Olympic basketball team, who competed for the first time in the 1936 Olympic Games in Hitler’s Germany. This is definitely one of those ‘buy it for your kid, read it for yourself’ books.”  In paperback. March 2, 2021.

“Forgone” by Russell Banks. Banks returns with his first novel in 10 years. It’s the story of a dying documentary filmmaker and draft evader who agrees to one final interview.  March 2, 2021

“Later” by Stephen King. His latest sure-to-be-a-bestseller thriller has at its center a young boy with unnatural abilities who becomes involved in a police search for a killer. March 2, 2021. 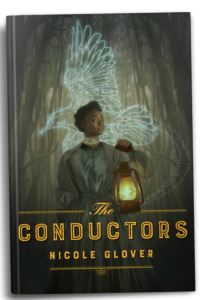 “The Conductors” by Nicole Glover. A compelling debut by a new voice in fantasy fiction. Meet Hetty Rhodes, a magic-user and former conductor on the Underground Railroad who now solves crimes in post-Civil War Philadelphia. Paperback original. On npr. March 2, 2021.

“Valentine” by Elizabeth Wetmore. An astonishing debut novel that explores the lingering effects of a brutal crime on the women of one small Texas oil town in the 1970s. Staff recommended. Now in paperback. March 2, 2021

“Transient Desires: A Commissario Guido Brunetti Mystery #30” by Donna Leon.  As powerful as any novel she has written, testing Brunetti to his limits and forcing him to listen very carefully for the truth. March 9, 2021. Order here.

“The Rose Code: A Novel” by Kate Quinn. A new angle on the Bletchley Park/code breaker part of WWII, from a staff favorite author. Chosen for IndieNext. March 9, 2021

“Win (Windsor Horne Lockwood III, #1)” by Harlan Coben. The first in a new series from the bestselling suspense writer, is a thrilling story that shows what happens when a dead man’s secrets fall into the hands of vigilante antihero. March 16, 2021.

“How Beautiful We Were” by Imbolo Mbue. From the celebrated author of the bestseller “Behold the Dreamers” comes a sweeping, wrenching story about the collision of a small African village and an American oil company. March 9, 2021.

Stay safe. Do your best to stay sane. And as always: Happy reading