Shortly after quarantine started, it felt like we were seeing more and more birds in the yard. Our initial intermittent efforts to identify the birds we’d seen over the years — Steller’s Jays, different kinds of woodpeckers, an unidentified hawk, robins and a ton of “little brown birds” — took a more intentional turn once I got a birding book for my birthday last summer and hit fever pitch once we participated in the Great Backyard Bird Count (GBBC) and downloaded the Merlin Bird ID app.

Just a couple of weeks ago, we saw 10-plus different birds in the yard, identified via the Merlin ID app and my birthday book. I did recently have to take to a local birding Facebook page to ID the bird we only see in the Alderwood Target parking lot — consensus was Brewer’s Blackbird.

Turns out we are not only not alone in this, but we are kind of late to the socially distanced party. In March and April of 2020, downloads of the National Audubon Society’s bird identification app doubled over the same period the year before, with a half a million more unique visits to its website per APNews.com. The Merlin ID app we used for GBBC saw over 100% growth with “8,500 downloads” last Easter alone. This is on top of the roughly 47 million people who consider themselves birdwatchers as noted in the 2011 National Survey of Fishing, Hunting, and Wildlife-Associated Recreation. We now add ourselves to that list after my needing a healthy distraction from obsessively checking the daily COVID cases per 100k and needing more of a hook to get us all out of the house more often.

We started to take our interest on the road, including a stop in a Queen Anne neighborhood in hopes of finding a Snowy Owl that is often sighted on a rooftop, and and the kids started IDing the birds in the yard and asking to go out to look. So I figured it was time to reach out to those more experienced than me to offer ideas for local options, tips on finding birds, and tell us just what kind of gear you really need.

We are lucky enough to be friends with the daughter and grandson of a pair of Edmonds birders — Dr. Alan Mearns, retired biologist for NOAA and Bonnie Mearns, retired preschool teacher, both very active with Puget Sound Birdfest in Edmonds. This conversation was as full of fun as it was of usable birding information. The pair are clearly passionate about local birding and the info they shared feels really useful and with the aim to enjoy birding as opposed to becoming an expert.

The Mearnses believe that you can bird anywhere (we talked about feeders in a yard, on a patio or hung outside a window or even bird-friendly plants) and they say starting at home can be a great idea. Bonnie Mearns says it’s great because if you are a beginner, you can see if you are truly interested and eventually you get good at sightings. Alan Mearns says that over the 20 years that they have been bird watching in their backyard, they have seen 80 different species; he added that about half of them are rare sightings of birds they have only seen once or twice.

We talked about bird identification and Alan Mearns say they have a poster in the house for this very purpose. They also mentioned the little red book they use, which happens to be the book I use and enjoy, Birds of the Puget Sound Region: Coast to Cascades.

Our very first searches were good ol’ Google with a couple of identifying factors and then adding Pacific Northwest. Alan Mearns also suggested getting even a blurry picture to aid in helping ID the bird, and said he occasionally uses low-powered binoculars to get a better look. There are “20 to 25” common birds locally to start with, he says. Some of the birds they listed are sparrows, chickadees, house finches, jays, gulls, robins and hummingbirds.

I was anxious to talk to someone about birding gear as often with hobbies, the gear can be cost prohibitive. Alan Mearns says you don’t need an expensive pair of binoculars to enjoy birding, which has been our experience so far. In fact, the Easter Bunny just ordered sub-$25 binoculars for the kids so that I could enjoy my own pair uninterrupted. He did say there was one other bit of gear that he highly recommended — a notebook. Notes as simple as ‘brown bird, yellow wings’ can help with later identification. In talking about the note taking for kids, we agreed that birding can give a walk or hike an objective to keep the kids interested. Bonnie Mearns so sweetly likened it to a treasure hunt and Alan Mearns suggested also making a checklist of birds, though advised to start small.

We talked about local options to see birds and Alan Mearns started with Edmonds’ Yost Park. Owls, junkos, chickadees and sparrows — among other birds — can be found in Yost Park. I have seen a few owls in Yost Park and it is magical every time. Often the crows making a huge scene give up an owl’s location. Alan Mearns says that you don’t need to go far into a natural area to see birds and that, as in with Yost, the edges of the park, open grassy areas and shrubs are a great place to find birds. He suggests that on a walk, birdwatchers “slow down, listen and watch branches and shrubs for movement” saying that often the birds will come out of the shrubs for a sighting.

The Edmonds Marsh was their next location recommendation. Bonnie Mearns talked about the Great Blue Herons who nest in the trees there with Alan Mearns adding that you can see, and hear, the Red Winged Blackbird. He also called it a great place for binoculars. He said birdwatching can be done by looking around without the binoculars and then getting a better look with the magnification. He explained the trick he gives out when he gives a talk prior to the Great Backyard Bird Count. He says that once you see the movement or bird, you keep your eyes on the spot and then bring the binoculars up to your eyes. I am looking forward to trying this because after he said that, I realized I was likely looking down at the binoculars first and then having to search back to the area I was looking at.

When I asked for a birding field trip that was anywhere from 30 to 60 minutes away, Alan Mearns said he was really still thinking about all of the local options, Bonnie Mearns even mentioned local school grounds as options. They also suggest the pond east of Cedar Valley School in Lynnwood, which has “ducks, waterfowl, geese, and crows.” the Edmonds Fishing Pier, and Edmonds Marina Beach and Brackett’s Landing. When I spoke with Susie Schaefer, who works with the Pilchuck Audubon and Edmonds Wildlife Habitat Native Plant Demonstration Garden, she also suggested Edmonds’ Pine Ridge Park as a good location.

The Pilchuck Audubon covers Snohomish County and Camano Island and it offers interesting classes and talks which, when in-person, were held at the Edmonds Demo Garden. I am on Schaefer’s mailing list for the Demo Garden/Audubon and I highly suggest it. They still post virtual options now; you can find more information at PilchuckAudubon.org.

For parents with wiggly kids, Bonnie Mearns added that birds are at all elevations from the trees to the ground. For example, she says hummingbirds are often high and low. We have visited the Union Bay Natural Area in Seattle, which is also called the Montlake Fill, and found that the trails allowed for strollers, joggers and bikers. That level of commotion didn’t keep us from seeing so many different kinds of birds — we saw an eagle, a hawk, ducks, birds that look like ducks but are maybe not actually ducks, one set of birds that look like they are from the old America Sings ride at Disneyland, and of course, the Red-Winged Blackbird. We added one more level of “something to do with your hands” and got out a very old digital camera for these trips, it definitely helps with capturing the “blurry picture” for identification.

As we wrapped up the call, I asked the Mearnses if there were any links they would like to add. They said “Yes!” in chorus and wanted to share the information on Puget Sound Birdfest in Edmonds. Since this past year the event was virtual, it could be shared to a much wider audience and they highly recommended a video done by Master Birder Bev Bowe, Accessible Yost Park: A Guided Walk with Bev Bowe. I just finished watching this and as Bowe covered parts of a walk I take almost every week, I learned so much about the wildlife I was very likely walking right past. Also, this video is ASMR/guided meditation-level soothing. You can still access many of the offerings from the 2020 Puget Sound Birdfest HERE. This includes the Kids Corner offerings of games, live bird cams and Bonnie Mearns’ read-aloud list, which you can find here. The 2021 Puget Sound Birdfest will be held on Sept. 11-12 and they are working on the plans for it now.

If I think about it more, while we are still definitely beginners, we aren’t as new to birding/birdwatching as it feels. We’ve been looking out our window and enjoying the birds and stopping to admire the owls in Yost or perched eagles near the Edmonds waterfront for a long time. There are certainly many different levels of birder, and I’m learning associated access issues. (Puget Sound Birdfest offers background and information on Black Birder’s Week HERE, and Schaefer suggested I check out Bryony Angell, a self described “mother birder” who describes additional access issues HERE.)

On our call, Alan Mearns — a retired biologist — referred to himself as “still a beginner.” I hope this helps you feel less intimidated to take to the trails with or without some low-end binoculars and a notebook if it sounds fun to you. 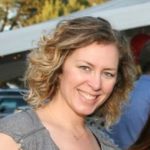