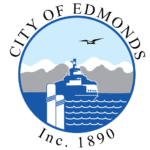 The Edmonds City Council at its Tuesday, April 27 meeting is set to consider findings of fact to support continuing an interim six-month ordinance — as discussed at last week’s meeting — that prohibits the removal of large trees on private property in Edmonds.

Other items on the agenda include:

– Considering policy changes to the city’s Paid Family & Medical Leave policy
– Approving an April budget amendment
– Considering a code amendment to realign the Edmonds Planning Board appointment schedule
– Certifying a matching grant for the planned Marina Beach Park renovation
– Approving a consultant agreement for the Parks, Recreation & Open Space (PROS) Plan update
– Reviewing proposed changes to the unit lot subdivision process to broaden its applicability to include any zone where multifamily residential is allowed on the ground floor.

Also under the consent agenda, there is a recommendation to reject all bids received for the Civic Field renovation project and re-bid as quickly as possible to address confusion arising during the original bid process.

In addition to Zoom, regular council meetings beginning at 7 p.m. are streamed live on the Council Meeting webpage, Comcast channel 21, and Ziply channel 39.