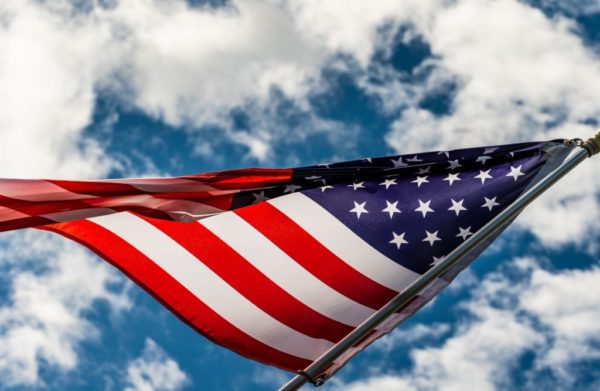 Memorial Day typically means a kick-off of summer activities and is met by a fervor of flying our American flag.But instead of meaning “opening season,” the day should be celebrated out of respect and gratitude for those who have given up their lives and bodies for our freedoms.

Unfortunately, with each passing generation of those who have served our country, flag etiquette seems to be increasingly forgotten since it is rarely taught. Scouts, ROTC, VFW, — too few youngsters even know what these organizations are. We’re too wound up in soccer, rush here and there, video games, shopping, etc. That’s also the case for the true meaning of Memorial Day–little remembrance for “who and what got us here,” but rather, “it’s a great three-day weekend.”

Our flag is the symbol of our country—yet, unfortunately, most of us don’t really know flag etiquette. Nor do many of us really know our American history. A good website is www.ushistory.org/betsy/flagetiq/html.

Do you know the answers to these questions? (Answers below)

2. Is it okay to use flag napkins or flag paper plates?

3. How should the flag be flown on Memorial Day?

4. How should I show mourning if my flag is on a fixed pole or staff and can’t be half-masted?

5. What is the significance of a 21-gun salute at a military funeral?

1. Yes, provided it is properly illuminated. The U.S. flag code states that when a patriotic effect is desired, the flag may be displayed 24 hours a day if properly illuminated during the hours of darkness.This can be either a light shining on the flag or sufficient surrounding light so as to make the flag easily visible.

2. No, the flag symbol should not be printed or otherwise impressed on paper napkins or boxes or anything that is designed for temporary use and discarded.

3. It should be flown at half-mast until noon, and then fully raised.

4. There are no regulations on this, but Army practice is to affix a black 7-inch crepe streamer 1-inch wide to the staff immediately below the spearhead. (This size applies to larger flags.)

Have you ever noticed the honor guard pays meticulous attention to correctly folding the American flag 13 times? You probably thought it was to symbolize the original 13 colonies, but we learn something new every day.

The 1st fold of our flag is a symbol of life.

The 2nd fold is a symbol of our belief in eternal life.

The 3rd fold is made in honor and remembrance of the veterans departing our ranks who gave a portion of their lives for the defense of our country to attain peace throughout the world.

The 4th fold represents our weaker nature, for as American citizens trusting in God, it is to Him we turn in times of peace as well as in time of war for His divine guidance.

The 5th fold is a tribute to our country, for in the words of Stephen Decatur, “Our Country, in dealing with other countries, may she always be right; but it is still our country, right or wrong.

The 6th fold is for where our hearts lie. It is with our heart that we pledge allegiance to the flag of the United States of America, and the Republic for which it stands, one Nation under God, indivisible, with Liberty and Justice for all.

The 7th fold is a tribute to our Armed Forces, for it is through the Armed Forces that we protect our country and our flag against all her enemies, whether they be found within or without the boundaries of our republic.

The 8th fold is a tribute to the one who entered into the valley of the shadow of death, that we might see the light of day.

The 9th fold is a tribute to womanhood, and Mothers. For it has been through their faith, their love, loyalty and devotion that the character of the men and women who have made this country great has been molded.

The 10th fold is a tribute to the father, for he, too, has given his sons and daughters for the defense of our country since they were first born.

The 11th fold represents the lower portion of the seal of King David and King Solomon and glorifies in the Hebrews’ eyes, the God of Abraham, Isaac and Jacob.

The 12th fold represents an emblem of eternity and glorifies, in the Christians’ eyes, God the Father, the Son and Holy Spirit.

The 13th fold, or when the flag is completely folded, the stars are uppermost reminding us of our nations motto, “In God We Trust.”

After the flag is completely folded and tucked in, it takes on the appearance of a cocked hat, ever reminding us of the soldiers who served under Gen. George Washington, and the Sailors and Marines who served under Capt. John Paul Jones, who were followed by their comrades and shipmates in the Armed Forces of the United States, preserving for us the rights, privileges and freedoms we enjoy today.

There are some traditions and ways of doing things that have deep meaning. In the future, you’ll see flags folded and now you will know why. Share this with those you know…and anyone else who loves our symbol of “Liberty and Freedom.”