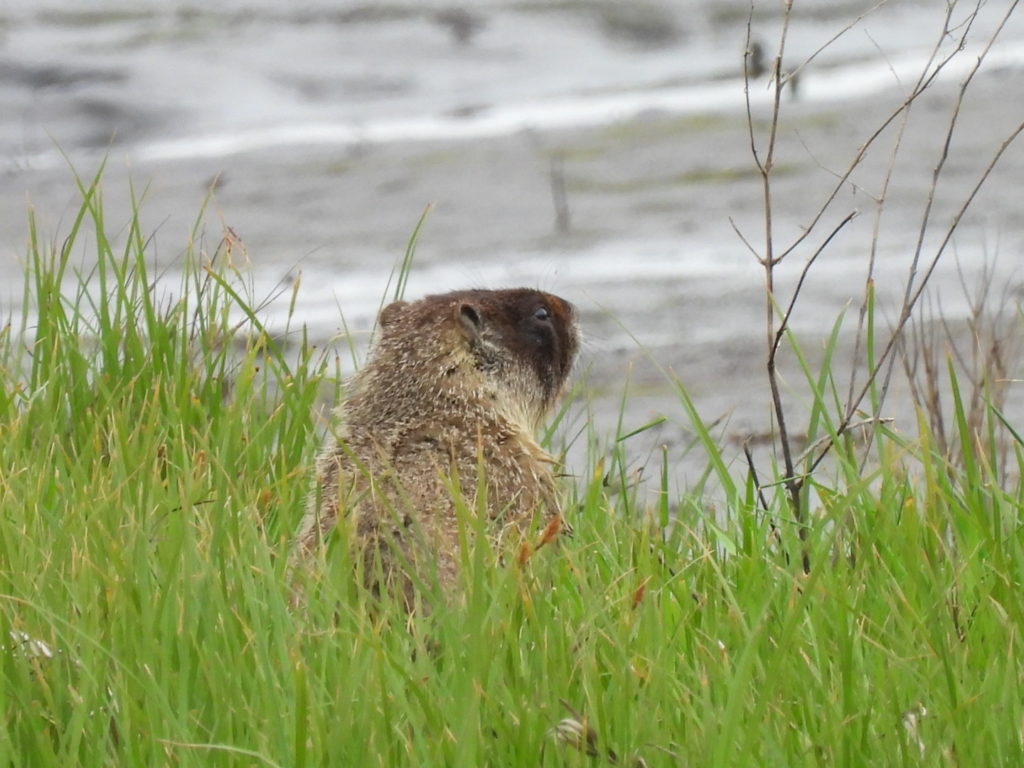 The animal in this photo was seen at the Edmonds Marsh on Tuesday, around 11 a.m., Laura Brou said. “The crows were going crazy about its presence. I saw it with David Richman, another local birder. We have not been able to get a positive identification for it because we don’t have a photo that shows the full body or a front view. It did have a long tail. We’ve considered the following: marmot, nutria, muskrat, mountain beaver, and river otter.”

Brou and Richman suggested that we share the photo with other readers, noting that “perhaps someone else can identify it, or will see it at the marsh and get more photographs.”