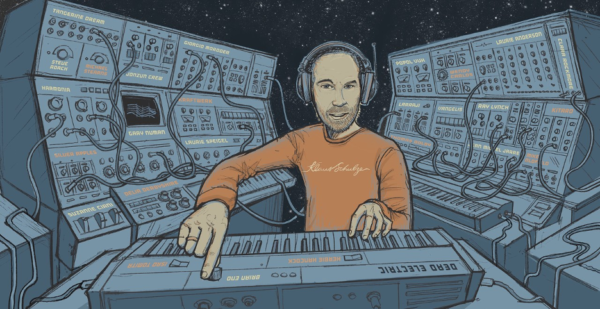 Looking for something new and entertaining for your ears? Here it is, a radio show playing the “sounds of past futures.” Dead Electric, a show you can hear on independent public radio station 90.7 KSER in Everett and 89.9 KXIR on Whidbey Island, showcases vintage synth, space and new age music from the ’70s and ’80s.

The show’s DJ, David Haldeman, shared why this specific music called to him, pointing to “…a period when music technology was evolving rapidly, particularly synthesizers and sampling, and there was this kind of wonder and awe in musicians’ approach to electronic music at that point. I also started the show because I found there to be a surprising lack of radio programming in this genre. There are so many shows playing vintage music, from swing and big band stuff to old rock to 80s pop. I found it surprising that older electronic music didn’t have a space on-air.”

If you are wondering what artists might fit in this genre, a given show could include Tangerine Dream, Laurie Anderson, Giorgio Moroder, Vangelis, Kraftwerk, Clara Rockmore, Laraaji, Enya, Jonzun Crew, Klaus Schulze, and Michael Rother. Examples of genres are synthpop, ambient, electro, 8-bit Nintendo soundtracks, German kosmische, Berlin School and even the occasional progressive rock song. 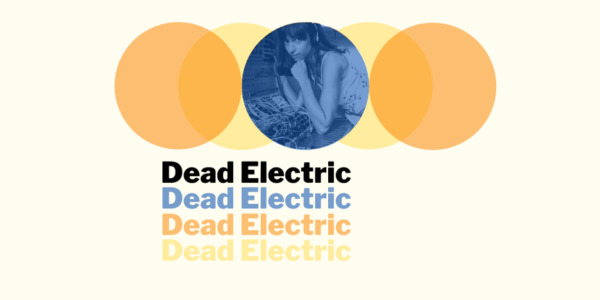 The mastermind behind this show has been listening to these tracks since his middle school years. Choosing songs like The Harp of the Ancient People with Songs of Venus and Space Children instead of the more popular titles one would find at the time. David always loved escapist synth bliss.

In addition to the radio show, David is also a lapsed musician who writes under the name Basic Astronomy. He has created soundtracks for major museum exhibits including Self-Reflected at Philadelphia’s Franklin Institute and the Dead Sea Scrolls exhibit at the Pacific Science Center. He is also a journalist and is the communications and content director for Humanities Washington, our state’s affiliate of the National Endowment for the Humanities, where he edits and writes the magazine Spark.

When he is not recording his show, you might see David around Edmonds, typically at Edmonds Bookshop, Marina Beach Park or Salish Sea Brewing. Dead Electric airs every Friday night from 10:30 p.m. to 12:30 a.m. But don’t worry — if that is too late, you can listen to past shows for two weeks after the show date. Go to the Radio Replayer on KSER’s website to listen.