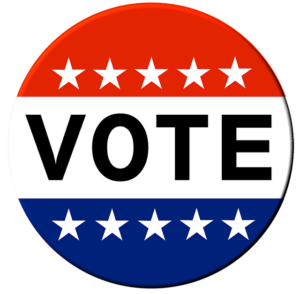 Want to learn more about the candidates running in the Aug. 3, 2021 primary election for Edmonds City Council? My Edmonds News is planning an in-person and live-streamed debate Wednesday, July 14 at the Edmonds Center for the Arts.

This debate, scheduled to start at 7 p.m., will be for those running for Council Positions 1 and 2 — both of which have three or more candidates on the primary ballot. The top two vote-getters will advance to the Nov. 2 general election.

The debate moderator will be My Edmonds News Publisher Teresa Wippel. The event is being sponsored in collaboration with several Edmonds civic organizations: the Alliance of Citizens for Edmonds (ACE), the Edmonds Chamber of Commerce, the Edmonds Civic Roundtable and the Edmonds Neighborhood Action Coalition (ENAC).

Immediately prior to the 7 p.m. debate, an informal meet-and-greet event — where primary election candidates can meet one-on-one with voters — is scheduled at 6 p.m. in the Edmonds Center for the Arts (ECA) lobby.

“All of these plans are subject to Gov. Jay Inslee’s announcement of reopening the state on June 30 or sooner, and related capacity restrictions, which still not firm at this time,” Publisher Teresa Wippel said. “But assuming that occurs and we are at least operating in Phase 3 of the state’s reopening guidance, the ECA can accommodate us.”

If for some reason restrictions are not lifted, the event will be live-streamed only, Wippel said. More details will be provided on capacity limits after the governor has made his announcement.

Candidates who have confirmed so far for the July 14 debate are:

Position 1: Alicia Crank. Candidates Kristiana Johnson and Brian Hartman have not yet replied.