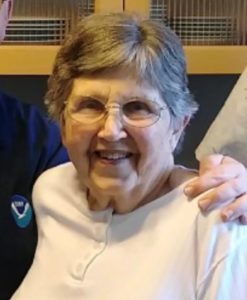 Passed peacefully on June 12th, 2021 at The Gardens of Marysville, Wa., less than eight weeks after the death of her husband, Carl. They were married for more than seventy-four years.

Helen was born to Florence M. (nee Dickert) and Charles O. Getgen on October 1st, 1925 in Williamsport, PA. She grew up in the town of Williamston, near Lansing, Michigan. There, she met her future husband, journeyed with him and supported him over the next seven decades. She was principally a homemaker, raising five children, sometimes alone while her husband served in Korea and during later work relocations. She was also someone who had a multitude of intense interests and a great desire to serve her community. Over the years, she was a Cub Scout leader and volunteered with a children’s clothing charity. She was a long-time volunteer with the National Archives and thoroughly researched her own family’s genealogy (she traced her family line to long before the Revolutionary War where it began with a German couple named Adam and Ava). She became a local expert in ceramics, teaching classes and was invited to judge in many ceramics competitions. She was an accomplished knitter who loved making articles for infants, which were routinely given away to family and to charity. She was an extraordinary gardener, who family members believed could grow anything that could grow.

Helen will rest with her husband at the Tahoma National Cemetery.