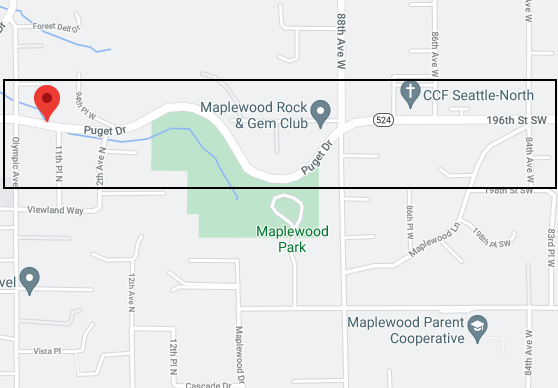 Starting at 7 a.m. Wednesday, June 2, the City of Edmonds will close Puget Drive to vehicle traffic so the city’s parks and public works departments can remove dead trees and perform routine maintenance.

The roadway to be closed includes the section of State Highway 524 running from 196th Street Southwest at 88th Avenue West to Olympic Avenue (see map above). During the road closure, the departments will conduct maintenance work on the city’s stormwater system along with vegetation control in public spaces.

Signage and barricades will notify the public of the lane restrictions and closure of all affected streets and intersections. Drivers are encouraged to seek alternate routes and observe detours

The work will begin at 7 a.m. June 2 and is expected to finish in the afternoon.