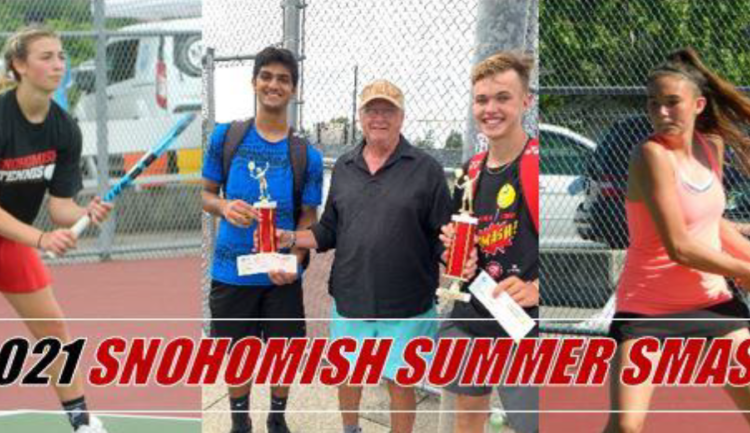 Tournament Director Kraig Norris, in conjunction with the Snohomish High School coaches, formed the tournament in 2015 to counter the lack of competitive options for players who aren’t registered with the U.S. Tennis Association. Reaching out to six tennis clubs and over 40 high schools throughout the region, Norris said the feedback he’s received from coaches and players is one of excitement at this opportunity to compete. “We lost an entire year of organized tennis,” Norris said, “the girls’ high school season was wiped out in 2020, and for two years players have been denied the chance to compete at State. We hope to provide them some exciting tennis in a fun environment.”

Registration deadline for the tournament is July 16, and players interested in participating can go to snohomishsummersmash.com for a printable registration form, or to register online.