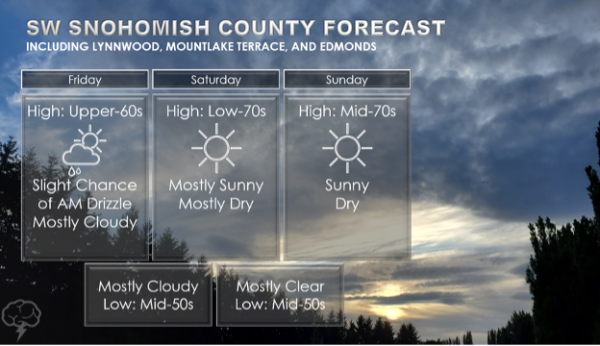 We have now reached the one-month mark since we’ve seen measurable rainfall at Paine Field. It is definitely dry in many places across the West Coast, and wildfires have already begun to spread. Take a look at the visible satellite image below. 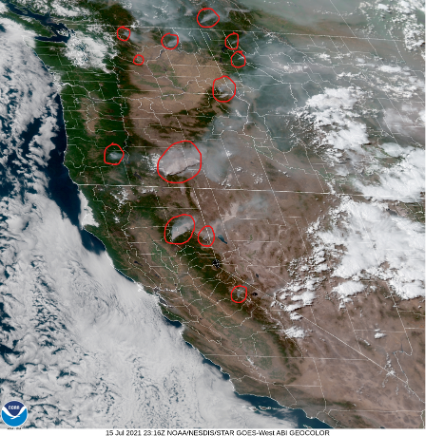 I circled just some of the areas where wildfires are currently burning, which can be seen because of the smoke they emit into the atmosphere.

One of the closer fires to us is the Red Apple fire, currently burning in the Wenatchee area. It has burned over 10,000 acres at the time of writing this and is 0% contained. Thankfully, at this time, this fire isn’t significantly impacting the air quality of the region, which can be seen below. 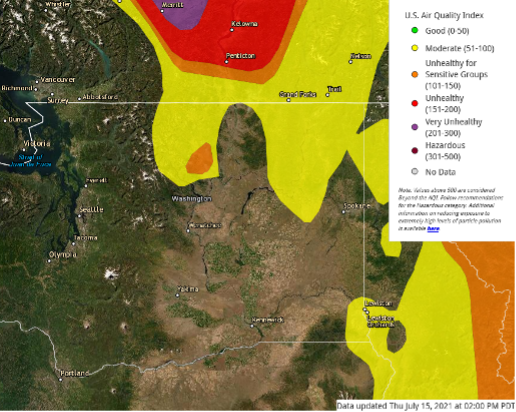 I’m hoping that those colors stay far away from us for the remainder of the fire season (except green, of course). Some rain would definitely help to reduce the risk of wildfires.

At this time, 100% of the state of Washington is running abnormally dry or worse on the drought monitor scale. You can see this in the image below. 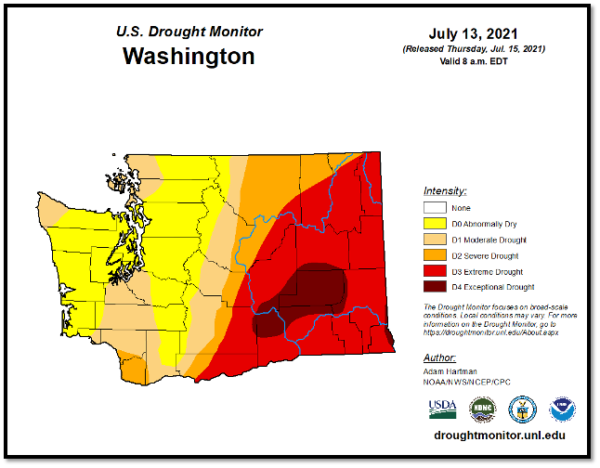 The Southwest Snohomish County area is thankfully still at the lowest level in the drought scale (D0), but this could worsen if our dry weather streak continues.

Despite being dry, the temperatures have been quite pleasant recently—nowhere near the brief visit to the Death Valley that we had a few weeks ago. This trend is expected to continue through the weekend and into next week.

Friday is looking to be the coolest day of the bunch, and potentially the gloomiest (at least by our summer standards). Clouds are expected to increase Thursday night into Friday as a result of low-level onshore flow, which brings in moisture from over the ocean. These clouds aren’t looking like they will burn off much at all later in the day as they have been the past few days. In fact, there is a slight chance that we could see a bit of drizzle and light rain at times on Friday—particularly in the morning. If we do see a bit of that foreign substance falling from the sky, it will not amount to much. But it may boost morale a bit if you’re like me. High temperatures will likely stay in the upper 60s.

Temperatures look to gradually warm over the course of the weekend, with Saturday and Sunday seeing highs in the low-to-mid 70s. Both days will likely be comparable, with some clouds in the morning before burning off later in the day. In fact, a good portion of next week is looking similar as well.

Hopefully, our dry streak will come to an end Friday (albeit barely). But as I mentioned earlier and last week, it is especially important to follow fire prevention practices because we are still dry—regardless of if we see a dash of rain. At least we won’t be melting from insanely high temperatures, though! They should be quite comfortable. 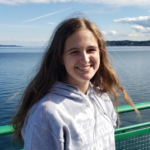