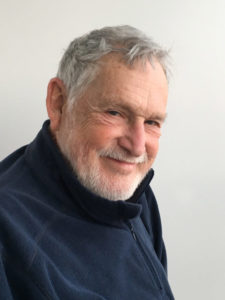 Lisle Abbott Rose, historian and writer, died at the age of 84 on August 5, 2021, at his home in Edmonds, WA. He was the author of fourteen books, including After Yalta and other books on the early Cold War, Explorer: The Life of Richard E. Byrd, andPower at Sea, winner of the 2007 John Lyman Book Award, a trilogy on twentieth century naval history. Over the course of his life, he was a sailor, a professor, a diplomat, and a court-appointed special advocate for at-risk children.

He served at the US Department of State from 1972 to 1989, highlighted by his participation in the negotiation of a 1988 agreement between the United States, the USSR, Canada, and France, establishing the international Cospas-Sarsat program, which operates the Search and Rescue Satellite Aided Tracking (SARSAT) system to detect and locate mariners, aviators, and recreational enthusiasts in distress almost anywhere in the world. The agreement is still in effect and has been instrumental in saving more than fifty thousand lives.

In retirement, he lived in the Seattle area, in Everett and Edmonds. He served for fourteen years as a Volunteer Guardian ad Litem for abused and neglected children in Snohomish County.  He also served as library coordinator and board member for the Puget Sound Maritime History Society and as a volunteer with the Seattle Museum of History and Industry.

He is survived by his wife, Harriet Dashiell Rose, his son John Rose, his daughters Julie Rose-Onkka and Sheila Rose Campbell, his stepson John Schwar, and six grandchildren, Bryan, Kristen, Mia, Adam, Alexander, and Alicia. He was predeceased by his wife of almost thirty-eight years, Mary Elizabeth Lutz Rose.

In lieu of flowers, memorial contributions may be made to Lumin Education, which serves inner-city children in Dallas, or to the Seattle Cancer Care Alliance.