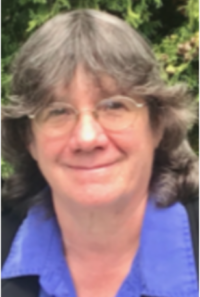 Longtime Olympic View Water and Sewer District Commissioner and former Edmonds City Councilmember Lora Petso is one of two people who have been appointed to Washington state’s Public Works Board.

Petso has served as a commissioner at Olympic View Water and Sewer District since being elected in 1995, and also served on the Edmonds City Council. She is a graduate of the University of Washington School of Law, and a member of the Washington State Bar Association. “I am very pleased to accept this opportunity to serve,” she said.

Clary is a licensed professional civil engineer who has served in management roles in city government, special purpose district government, and in the private sector supporting local governments.

Since its founding in 1985, the PWAA has funded over 1,900 infrastructure projects encompassing drinking water, stormwater, wastewater, solid waste and recycling, bridges, roads and streets, broadband, and related utilities, representing more than 30,000 construction jobs, nearly $3 billion dollars in infrastructure investment, and over $5.5 billion in additional economic activity.