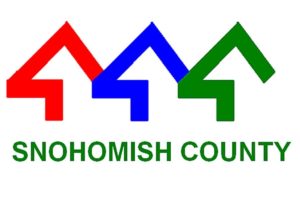 The Snohomish County Council Districting Committee is hosting its second public meeting at 4 p.m. Wednesday, Aug. 18 to provide in-person or live public comment on the process of redrawing council districts.

Every 10 years, boundaries for county council districts are updated to reflect how populations have changed based on the most recent U.S Census. The independent County Districting Committee has until Dec. 1 to approve a plan for new council districts. You can view the current district map on the Snohomish County website: snohomishcountywa.gov/906/Council-District-Maps.

During the Aug. 18 meeting, attendees will hear a short presentation outlining an initial pre-census look at the current council districts. The meeting will include an opportunity for public comment, where attendees can share information about their community that should be taken into consideration as the Districting Committee draws new districts.

The meeting will be in the Snohomish County Council Chambers, Robert J. Drewel Building, Eighth Floor, 3000 Rockefeller Ave., Everett. View the map online for the location of the Drewel Building and parking.

Here’s the Zoom link for those who want to attend virtuall. Additional in-person public engagement and feedback opportunities will be scheduled throughout the redistricting process and will be announced on the committee’s website: https://snohomishcountywa.gov/5773/Districting-Committee.

Public comment is not limited to the public meetings.  Written comments and feedback can be emailed todistricting@snoco.org and become part of the public record.

Under state law, the council districts created under the new plan shall:

The plan should also, to the extent feasible:

The Districting Committee will be working with census data, experts and community feedback to assess the county’s population and communities of related interests and develop preliminary options for council districts by October. A final plan will be approved and submitted to the Snohomish County Council by Dec. 1.