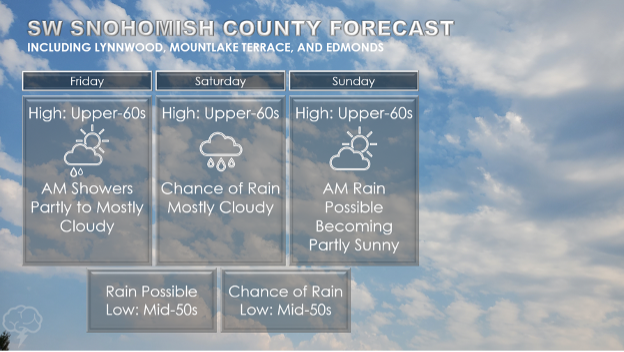 The month of July is officially a wrap, and two words would adequately describe the month’s weather: dry and warm. We ended the month with a mere 0.01 inches of measurable rainfall at Paine Field, tying for second place for the lowest amount of rainfall for the month of July. First place belongs to 2017, which only saw a trace of rain for the entire month. On average, we see 0.84 inches of rain for the entire month, so we definitely were falling behind.

So far, Paine Field has seen 0.01 inches of measurable rainfall for the first few days of August. Some surrounding areas have seen greater amounts as a result of some convective showers that popped up this past Tuesday. But over the next few days, most areas should see some additional rainfall—even if it’s just a little bit.

A weak front is expected to make its way over our area Thursday night into Friday, bringing along with it light rain for many areas. Here is a simulated radar image for 6 a.m. Friday morning, courtesy of the UW WRF-GFS model (Weather Research and Forecasting Model, Global Forecasting System). 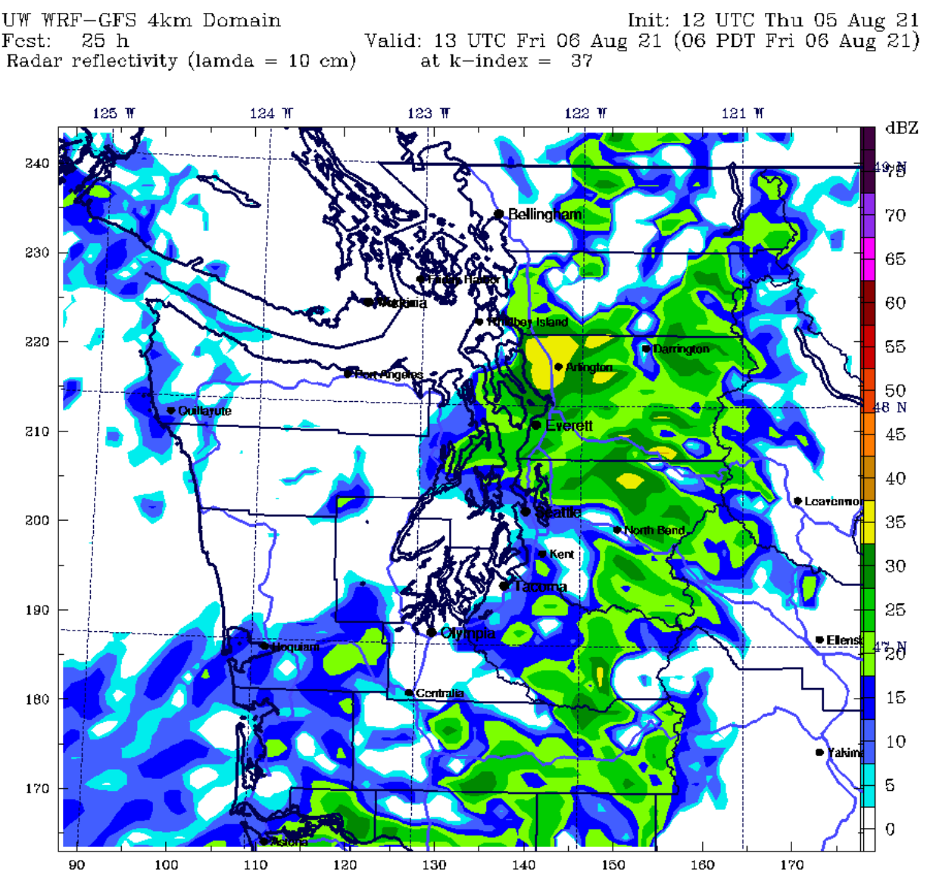 Most of these showers should be dissipated by afternoon, and we may even see some sun by later in the day. Another front is right on its heels, however, leading to some more showery weather at times on Saturday. A few showers may also linger into Sunday morning, but by Sunday afternoon, the rain should be as good as gone.

No matter how much rain we get, anything helps—even if it’s just a little bit—to combat the dryness we’ve seen over the last several weeks. Because come Monday, an upper ridge of high pressure is looking to build yet again, bringing the chance for warmer temperatures again. At this time, midweek is looking to be the warmest. There are a lot of factors that could impact this—including the potential for some wildfire smoke to impact us next week—so make sure to pay attention to the forecasts to get up-to-date forecast information.

Have a great weekend; enjoy the showers!