You can help decide what kind of “gateway” sign goes up on Highway 99 to let people know they have arrived in Edmonds. The city wants your ideas.

At a workshop Wednesday night, city Transportation Engineer Bertrand Hauss said this sign project is just a small element of the corridor improvements, which will reflect the successful revitalization that Shoreline completed in its corridor.

Edmonds plans will include a raised median, wider sidewalks, some landscaping, planter boxes, and perhaps more public art. Changes may start as early as next summer and the total cost may be $100 million.

But, back to the signs…

As a reminder, the oldest gateway sign is deep in the bowl on Highway 104, on the way to downtown. A new design was completed to resemble the original, after a long and emotional discussion, although it has not yet been installed. 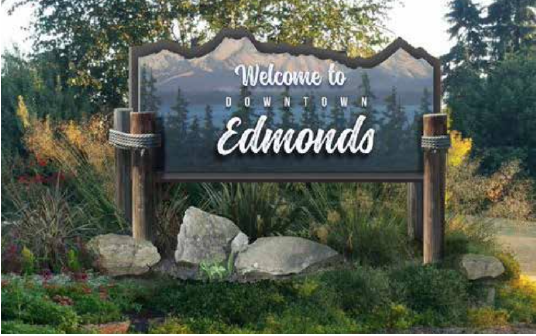 Alternatively, there are signs at Westgate meant to be wayfinding signs, but with a playful artistic element at the top. 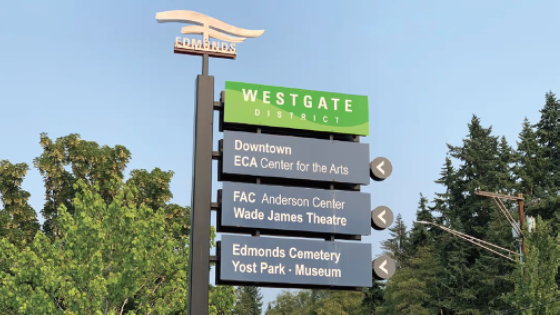 The city has four questions for the new corridor signs:

1. What kind of signs? (Vertical or horizontal?)

3. What kind of lettering? (Cursive or modern?)

4. What will inspire the design? (Nature or other)

These are important signs for the city as they will mark both the southern and northern borders on Highway 99, designating that two-mile corridor stretch is clearly in Edmonds; welcoming  visitors and celebrating the uptown portion of the city. Ideally, it will be coherent with other Edmonds signs. 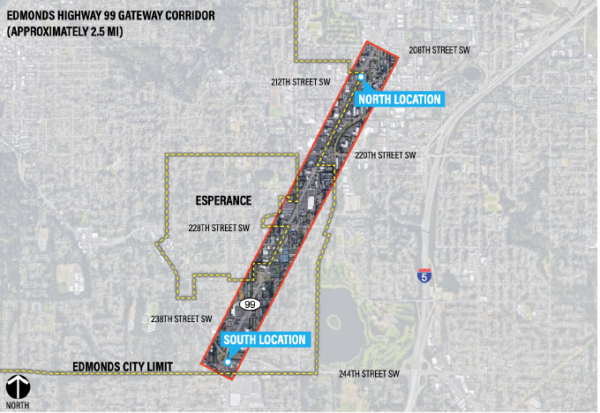 Those who attended the workshop online Wednesday got to see some examples of vertical signs and horizontal signs and some sources of inspiration to stimulate ideas. This would be, for example, the vertical version on the south and north ends:

Here are some examples of horizontal signs for your consideration: 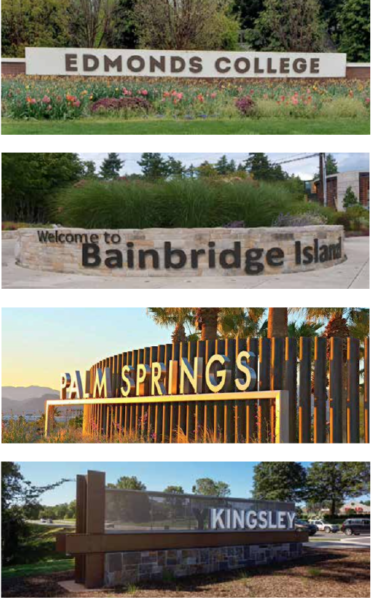 And here are the locations of where they might be on the north and the south ends: 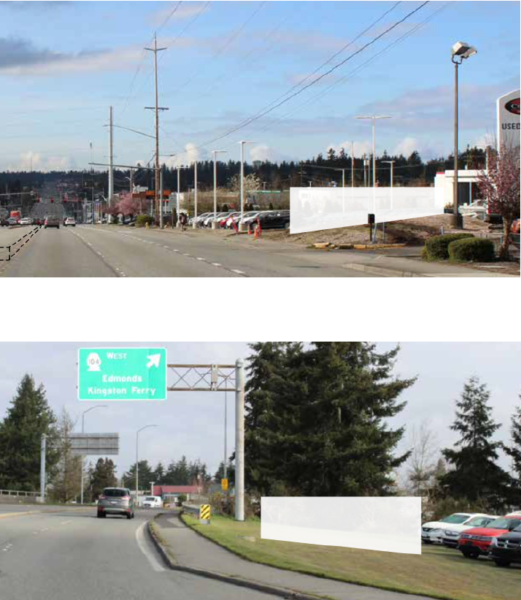 Will your sign be inspired by nature or something else?

There will be another public workshop in the fall, but you can visit the website anytime in the next 10 days. The city will incorporate all your ideas into the new design proposals. You are invited to take the survey before Aug. 15: 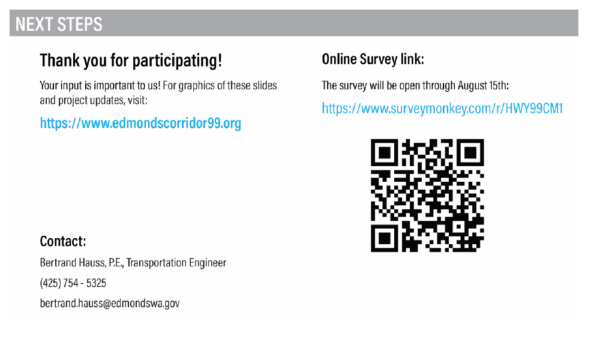