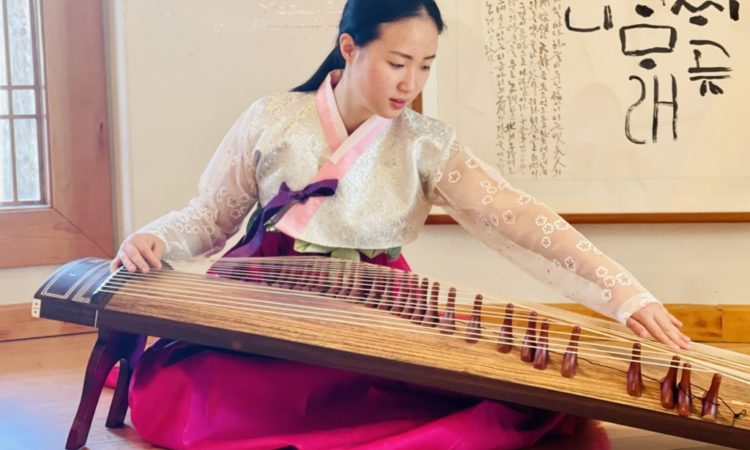 Nonprofit Humanities Washington, the state affiliate for the National Endowment for the Humanities, along with The Center for Washington Cultural Traditions, have chosen Lynnwood artist Siyeon Park to receive a grant to participate in this year’s innovative Heritage Arts Apprenticeship program (HAAP).

Park and her master, Sinae Joy Cheh of Seattle, are one of the 16 teams of artists and culture bearers selected to help preserve traditional skills across Washington State. Among the program’s studies are music, visual art, occupational arts, dance, culinary traditions, storytelling and other verbal arts.

The state has its own unique, vibrant collection of cultural traditions, which enhance its cultural heritage. These traditions are perpetuated by a diverse community that includes indigenous peoples, recent immigrants and more. Co-sponsored by Humanities Washington and Washington State Arts Commission (ArtsWA), HAAP was initiated to encourage individuals to learn traditional trades, crafts, or skills. The organization conserves and helps carry on cultural traditions important to Washington communities.

Artist apprentice Park will be studying with Cheh the art of playing the gayageum, an instrument traditional to the small Korean Kingdom of Kaya. Originally created with 12 strings, the gayageum is currently made up 25 strings. Thus, the possibilities for its musical range have more than doubled and are especially appropriate for contemporary Korean music. Park will learn in detail how to master this modern form of the instrument.

A master artist is defined as an expert steeped in a tradition, craft or technique: a “tradition bearer” or “culture keeper” who is granted the right to carry and pass on a tradition or skill, by acknowledgement from their community.

The opportunity for an artist to be mentored by a skilled master in his or her specialty is uniquely exciting for both master and apprentice. They will spend more than 100 hours working together during the program year. This valuable learning experience helps the apprentice practitioners to develop important leadership skills that will aid their communities as well as preserve the cultural traditions the participants represent that are in danger of being lost.

The Center for Washington Cultural Traditions, a program of Humanities Washington, is presented in partnership with ArtsWA. They collaborate with communities statewide to conduct research and programming to support and advance understanding of the living cultural heritage of Washington state.

Established by the state Legislature in 1961, ArtsWA works in partnership with artists and arts organizations throughout Washington. They seek to sustain, advocate for, and cultivate the state’s valuable artistic resources.

Humanities Washington, the state’s affiliate of the National Endowment for the Humanities, holds hundreds of free events each year, covering history, current social issues and more.

Another HAAP program participant, Gabrielle Nomura Gainor, will apprentice with Master Kazuko Kaya Yamazaki, of Tracyton, Washington. Gainor will study the traditional Kagura, a sacred Japanese dance performed during Shinto rituals and ceremonies. In the state of Washington, this ancient art is still performed at the Tsubaki Grand Shrine of America in Granite Falls, the one and only Shinto shrine in existence on the U.S. mainland.

Gainor, whose family was incarcerated during World War II, identifies primarily as Japanese American. She recently left her position as communications and public engagement manager for Seattle Opera to become director of engagement with the University of Washington School of Drama. However, her original arts background was not in opera or drama but as a dancer and choreographer.

Growing up, Gainor had always wanted to study with Yamazaki, who was close friends with Gainor’s ballet teacher. In addition to learning Kagura, Gainor will study the techniques leading up to Kagura.

Gainor was intrigued by the opportunity to study dance, not just to perform for an audience but to connect spiritually with her Japanese ancestors. In applying for the grant, she hoped to share with and give back to her Asian American community, which has struggled along with everyone else during the traumatic events of the past year.

As part of the HAAP program, Gainor feels she will be able to apply what she has learned about the ceremonial Shinto dance to generate healing for the entire Pan Asian community. At the end of the program, she plans to incorporate part of that learning into volunteering at the Shinto shrine, dancing with Yamazaki at Japanese festivals, and teaching classes in schools and community centers. In general, to use her newfound knowledge to bring her community together.

The Heritage Arts Apprenticeship Program will conclude with a free event to introduce the public to these unique cultural traditions, at a date and time to be announced. More information can be found at waculture.org/apprenticeship-program/, arts.wa.gov., waculture.org. and humanities.org.