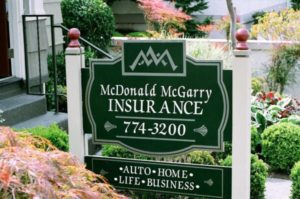 You may just be hearing about the WA Cares Fund. As an insurance agent, we have been hearing about this since earlier this year. This is a state program that will use employee paid payroll taxes to fund a public long-term care (LTC) insurance program for workers. How does the plan work?

Employees will pay a payroll tax of $5.80 per $1,000 of gross payroll to fund the program. The tax will be collected by employers and remitted to the state along with the employer’s other payroll taxes. Unlike Social Security, where there is a cap on the payroll subject to tax, there is not a payroll cap for this tax.  However, regardless of the taxes you pay over your career, the benefit is capped at a $36,500 lifetime maximum plus an inflationary increase.

In order to be eligible to collect benefits under the program, you need to have contributed to the fund for at least 10 years without a break of five or more years; or for three of the last six years worked at least 500 hours per year. The soonest a worker could access the benefits would be Jan. 1, 2025. Also, you need to be a Washington state resident at the time of claim.

The law does offer a one-time opt out. In order to take advantage of this provision, you need to have a purchased an individual long-term care policy prior to Nov. 1, 2021.

As more residents are becoming aware of this mandate, we are receiving calls and emails daily from clients and others searching for a long-term care policy so that they can exempt themselves from the tax.

Unfortunately, there are not any companies to which we have access that are still offering LTC coverage to Washington state residents. It is not only us, but it also seems to be a statewide issue.

There are three reasons for this. First, there are a limited number of players in the long-term care insurance arena. It is not like auto or home insurance, where there is a much larger pool of companies. Second, each application is reviewed by an underwriter. This is in contrast to auto or home insurance, where the majority of underwriting is performed by software. LTC underwriting usually requires reviewing the applicant’s medical records. It takes time to review the application, order any medical exam and request doctor records. Finally, with the Nov. 1 deadline to have coverage in place, the companies are overwhelmed by the tsunami of applications. So, they have turned off the flow so that they can concentrate on the existing applications.

If you wish to see if there are any policies available, I suggest contacting the Insurance Commissioner’s officer at 800-562-6900 or www.insurance.wa.gov to see if they have any suggestions.

In contrast to the state’s rollout of the Health Exchange in 2014, the state has been very quiet about this new tax, and I believe intentionally so. Unless you have a private plan, you are mandated to pay the tax for your entire working career in Washington.

But if at the time you need the coverage, you are not a Washington state resident the program will not help you. So, if you are planning on retiring or accepting a job in another state, even though you have paid the payroll tax, this program will not be available to you should need it after you have moved out of Washington.

Another determinantal provision of the program is that it is just providing this limited one-time opt-out to the tax. In addition, any resident that joins the workforce after Jan. 1, 2022, does not have an opt-out option and must pay the tax.

The options to obtain an individual plan are, for the time being, non-existent. This means that many residents wanting to have their own plan can’t; “the shelves are bare.” The legislature created this program, and they should fix it, I would encourage you to contact your legislators to voice your concern about this program and ask them to modify it to give residents more opt-out options and also to remove the residency restrictions so that the benefits are portable and can be accessed should you live out of state at the time of need.

Here is the contact information for the local legislators.

Any questions or comments, please contact me at 425-774-3200 or john@mcdonaldmcgarry.com

9 Replies to “Sponsor spotlight: What you should know about public long-term care insurance”